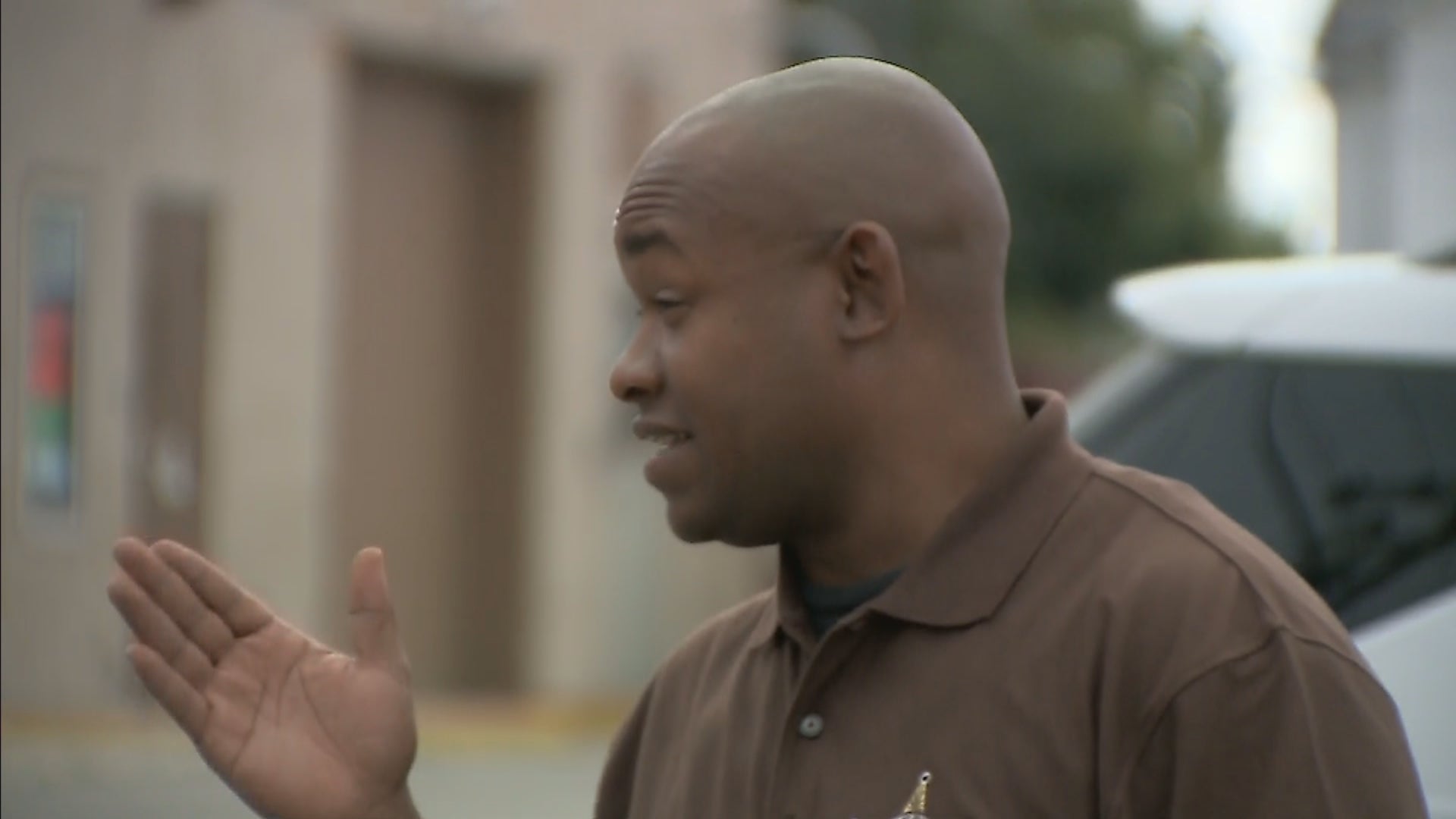 INDIANAPOLIS (WISH) — An off-duty Henry County Jail officer was being hailed a hero Friday after he helped stop a violent shootout on Indianapolis’ east side late Thursday evening.

Nesbitt was on his way back to Henry County on Thursday night when he stopped for gas at the Circle K station near East 25th Street and Post Road.

Indianapolis Metropolitan Police Department said two men starting shooting at each other around 11 p.m. and fired more than 30 rounds.

Nesbitt was caught in the middle of the gunfire.

One man was shooting from the Circle K gas station, the other man was firing from inside a black car at parking lots for the nearby Denny’s and Wendy’s restaurants.

Nesbitt described the moment as being “in the wrong place at the right time.”

Realizing the area was crowded with people, Nesbitt, off-duty at the time, put himself on duty.

Nesbitt said he called 911 while deciding what to do next.

“I saw that there were several other cars coming into the area where the firing was happening and I directed them to get out of the fire zone and seek safety,” Nesbitt said.

That’s when Nesbitt said the man in the car jumped out and ran away down 25th Street headed west.

The other shooter, just feet away from Nesbitt, then turned his gun on him.

“I just kept telling him, ‘Man you don’t want to do this. Just drop the gun. Stop shooting.’ We looked right at each other and I told him ‘man you need to drop it or this could be bad for you. He threw the handgun and took off running,” Nesbitt said.

Without a protective vest on, Nesbitt said he and two IMPD officers chased the man down and eventually arrested him.

Many in the community are calling Nesbitt a hero.

Nesbitt said he was just doing his job.

“I think at the time it was just the fact I wanted to make sure these individuals were safe,” Nesbitt said. “I didn’t think about myself at the time. I just wanted to get these people out of harm’s way. That’s something that comes with the job. You have to sometimes not think about yourself but think about others. Like I said, the training that I received from the Henry County Sheriff’s Office played a huge part. If I didn’t receive that training, this would probably be a tragic moment right now.”

Nesbitt has been in law enforcement for nearly a decade, but only with the Henry County Sheriff’s Office for two months. He credits the training he received with Henry County for helping him calmly handle what could have been a very deadly situation.

The second shooter was still on the loose as of Friday evening. IMPD only described him as a white male.

Nesbitt said both men involved were young. He urged parents to keep an extra watchful eye on their kids, so something like this doesn’t happen again.

“Adults and parents, we need to start holding our children accountable and knowing where they are at at all times,” Nesbitt said. “This situation could have been extremely tragic. Not only for that young man’s family. But, also, for my family.”

The shooter in police custody has not yet been identified and was not injured in the shootout.

No word if the second shooter sustained any injuries in the incident.