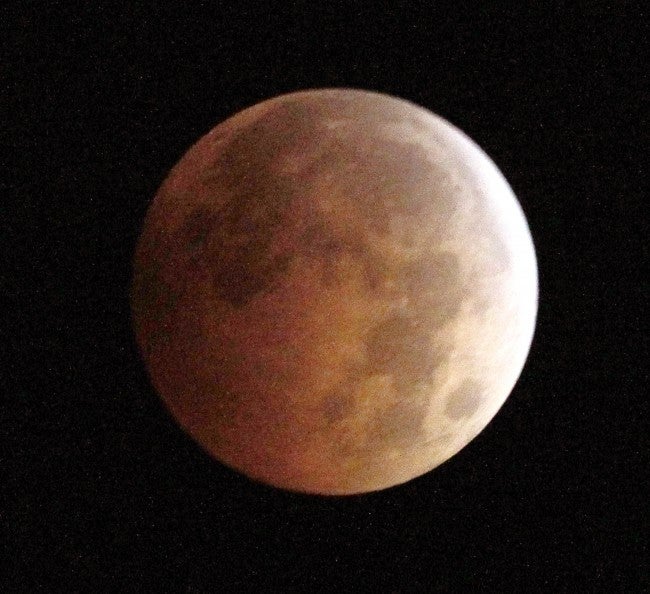 INDIANAPOLIS (WISH) – For the first time in 32 years, a supermoon will combine with a lunar eclipse to create what scientists call a total lunar eclipse.

The Holcomb Observatory and Planetarium on Sunset Avenue in Indianapolis is offering free telescope/binocular viewing from 9 p.m. to 11:30 p.m. Sunday.

Planetarium shows will be available for $1 a person during the same hours.

More than half of the planet will be able to see the event Sunday.

According to NASA, the supermoon eclipse will be visible to North and South America, Europe, Africa, and parts of West Asia and the eastern Pacific.

A lunar eclipse happens when the Earth is between the full moon and the sun. When the full moon passes through the darkest part of Earth’s shadow, the moon will reflect light it receives from the sun. As the sunlight reaches the moon indirectly, all colors except red will be hidden, causing the eclipsed moon to appear reddish or dark brown.

“That red light shining onto the moon is sunlight that has skimmed and bent through Earth’s atmosphere: that is, from all the sunrises and sunsets that ring the world at any given moment,” according to Alan MacRobert of Sky and Telescope magazine.

The next supermoon eclipse won’t happen until 2033.