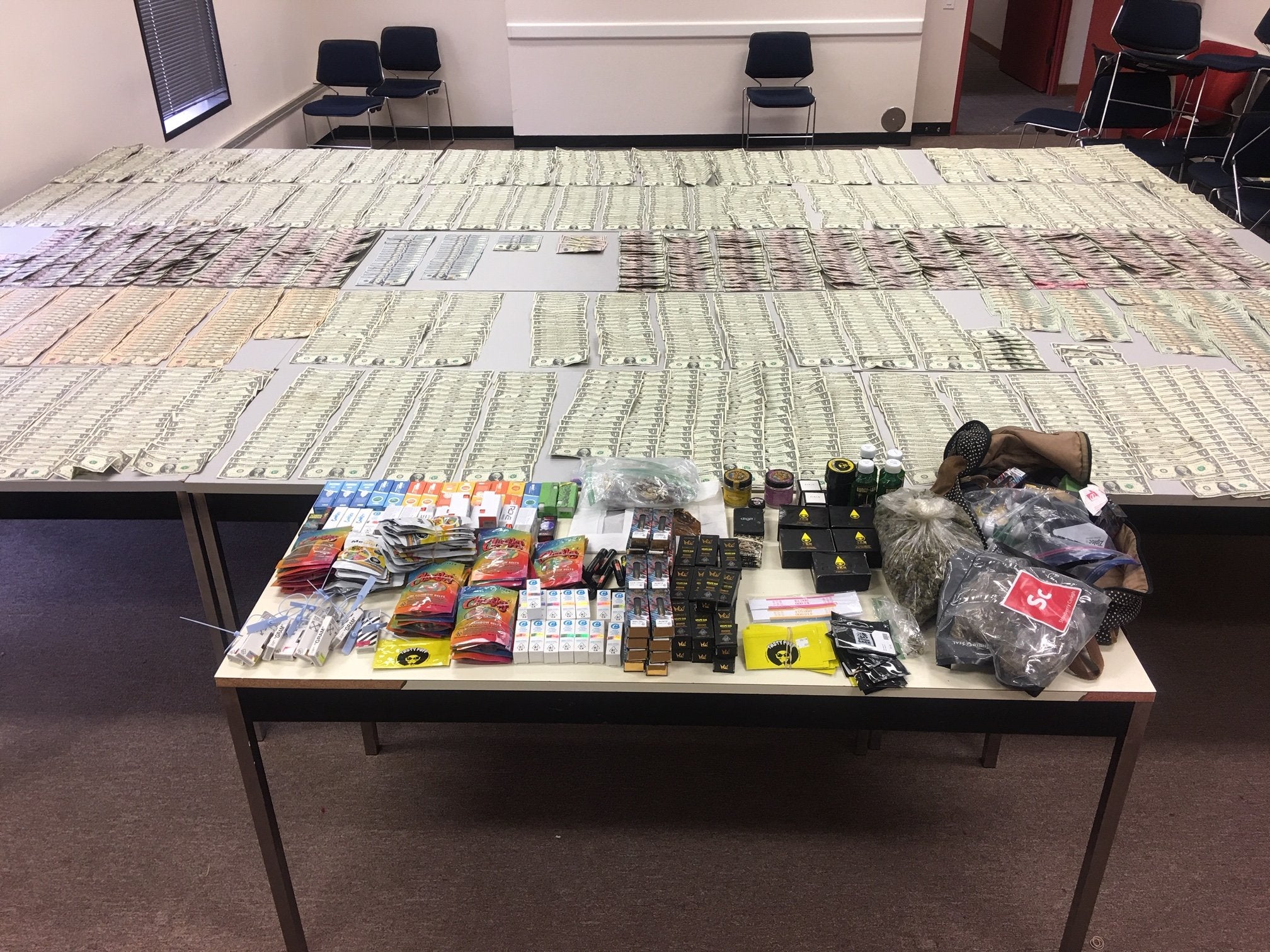 The Columbus Police Department said hundreds of THC vape cartridges, marijuana and psychedelic mushrooms were found, as well as more than $13,000 in cash.

Facing charges in the case are Papa Sylla, Alhadj Diaw and Kedisha Brown.

The investigation started after someone reported shots fired in the 2400 block of Charleston Place. Officers arrived to find bullet holes in two apartments.

According to CPD, officers began evacuating residents when they made contact with Papa Sylla. Sylla lives in one of the apartments that had been struck by gunfire.

Sylla told officers that several masked men tried pushing their way into his apartment when shots were fired into his door. He said no one in his apartment was struck by gunfire.

Officers received a search warrant for the apartment. That’s when the drugs and cash were discovered.