Hunter found after missing for hours 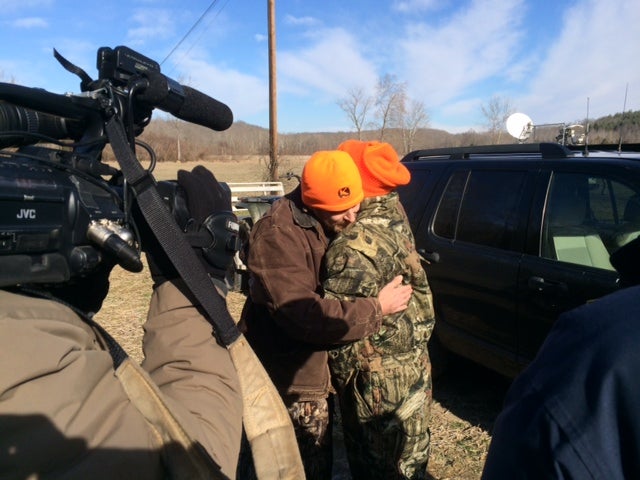 Bellinger, 40, had disappeared in the wilderness after a hunting trip. Police had been searching on the ground and via helicopters for Bellinger, who was in an area south of Brown County State Park.

“I didn’t get rescued from the woods. I rescued myself,” Bellinger said.

He couldn’t fire any warning shots because he had no more ammunition. He then turned to what he learned from watching the TV reality show “Survivorman.”

“I watch ‘Survivorman’ all of the time and did what they do to save your life,” he said. “I just did what he does. I had a half hour of daylight left and I knew I wasn’t getting our and I knew it was getting cold so I built me a little makeshift shelter and threw some leaves on top to block the wind and snow and stuff. I tried to keep a saturated fire going with nothing but wood. It was rough and cold. I know it was cold because I even got a little frost bite on the tips of my fingers,” Bellinger said as he showed his fingers.

Bellinger, an avid hunter, said this is the first time he’s gotten lost, however he admitted to getting turned “a couple of times,” He said getting lost will not stop him from hunting. He’s already making plan for next season. He will just make sure to always carry a compass and flashlight with him from now on.