IMPD officer honored for use of Narcan to save lives 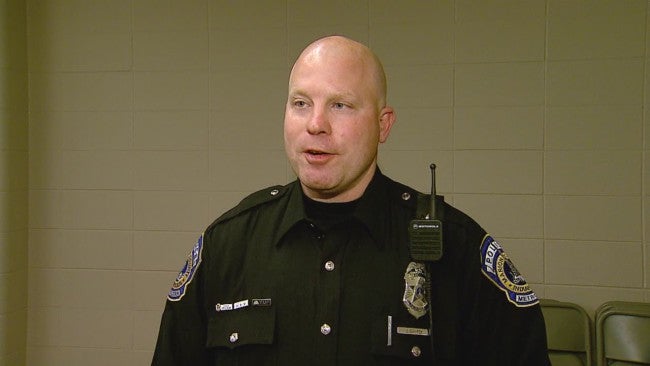 INDIANAPOLIS (WISH) – An IMPD officer was honored Tuesday night for saving lives through the use of Narcan.

The drug is carried by many police officers to treat heroin overdoses.

The Garfield Neighborhood meeting had a special guest Tuesday night.

IMPD officer Jamie Guilfoy was described as a true asset to the police force.

“When the commander notified me that I was getting the award I was surprised and honored at the same time,” Guilfoy said.

Since March when he was trained, Guilfoy saved six lives through the use of Narcan.

Every time he’s used it, the person has survived the overdose.

“The Narcan gives us the opportunity to administer through the nasal passages and it usually fights with the narcotics in their system and brings them back to consciousness and normal breathing,” Guilfoy said.

He described the first time he ever used it in the field and said, “You wonder am I getting this in right, is this going to work correctly when I go to administer to the victim.”

“I can honestly say I was not expecting to use it as much as I have or as much as I’ve seen other officers,” Guilfoy noted.

He said he still gets nervous, but is glad to have the tool in his police car since he’s often the first on the scene.

“That person is in distress and I am able to administer that to them while we’re waiting for medics and firefighters to get on scene,” he said.

Tuesday Guilfoy’s commander presented the life saver award in front of many of the community members Guilfoy serves in the southeast district.

They told 24-Hour News 8 they’re thankful to have officers like Guilfoy helping to tackle the drug issue.

“The police think it’s important and they’re glad to be able to provide the service and as you know they’ve saved a number of lives,” resident Jim Simmons said.

All IMPD officers across every district have now been trained on using Narcan.

This year Narcan has been used 1115 times, which has already passed the 2014 number.