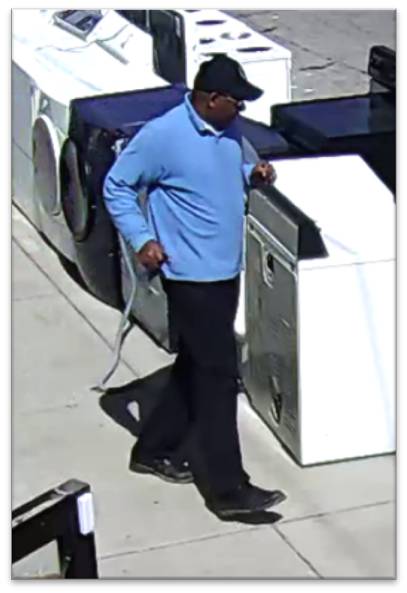 INDIANAPOLIS (WISH) — There are still no arrests in connection to a shooting that left an 8-year-old boy paralyzed, but metro police say a man wanted for questioning is fully cooperating with their investigation.

The crime happened last week outside a used appliance store in the 1300 block of W. 30th Street.

IMPD identified the man just hours after releasing surveillance photos. Police say he took off in his pickup truck right after the shooting. People in that neighborhood at this time are just hoping that the young victim can make a full recovery.

It was another busy Monday afternoon at the Community Empire for Less.

“It’s just a little gloomy outside,” said store employee Courtney. “Some people stopping in and got a couple of sales.”

But inside of the used appliance store, some employees like Courtney couldn’t help but to think about the 8-year-old boy.

Police say the boy was standing outside of the store with another child. Both were on spring break. Police say someone started shooting and the 8-year-old was shot in the arm. The bullet also passed into his chest.

“Nobody knows where the shot came from and the little boy got shot. Now he’s in the hospital,” said Courtney.

Relatives of the 8-year-old say he’s now recovering at Riley Hospital for Children at IU Health. But the shooting has left the little boy with big dreams paralyzed.

Police tell 24-Hour News 8 the boy won’t be able to walk again and will need physical therapy on his road to recovery.

Courtney says the boy’s father works at the store and that his son was visiting him that late afternoon.

“He was stopping by to drop off something to eat to his father and one thing led to another,” said Courtney.

Meanwhile, police are still working to find out the motive and who’s responsible for the crime.

“Only thing the child knew that he was doing nothing wrong, but standing here speaking to his daddy and his cousin,” said Courtney. “He didn’t know what was going to happen nobody knew.”

Now police are reviewing security video at the store and interviewing witnesses to help them with this case.

If you live in the neighborhood and know anything about the shooting you’re asked to call police.

The owner of the store tells 24-Hour News they are in the very early stages of planning a community barbecue to bring people in the neighborhood together after what happened. He’s also thinking about possibly raising money for the family and to show them support during this difficult time.