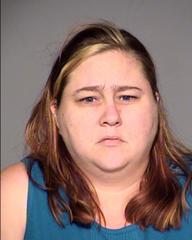 INDIANAPOLIS (WISH) – The Indianapolis Metropolitan Police Department Homicide unit announced the arrest of three people in connection to a murder.

IMPD responded to a report of a body rolled up in a carpet under a bridge at the 2200 block of Bluff Road on Thursday at 9:57 p.m.

Investigators say that the victim’s wife, Opal Williams, her boyfriend, Ricky King, and his cousin, Charles Lehman, worked together to murder Williams. Police say that the crime was orchestrated by Opal Williams, while King and Lehman carried out the murder.

All three suspects were arrested and face charges of murder, and are at the Arrestee Processing Center.