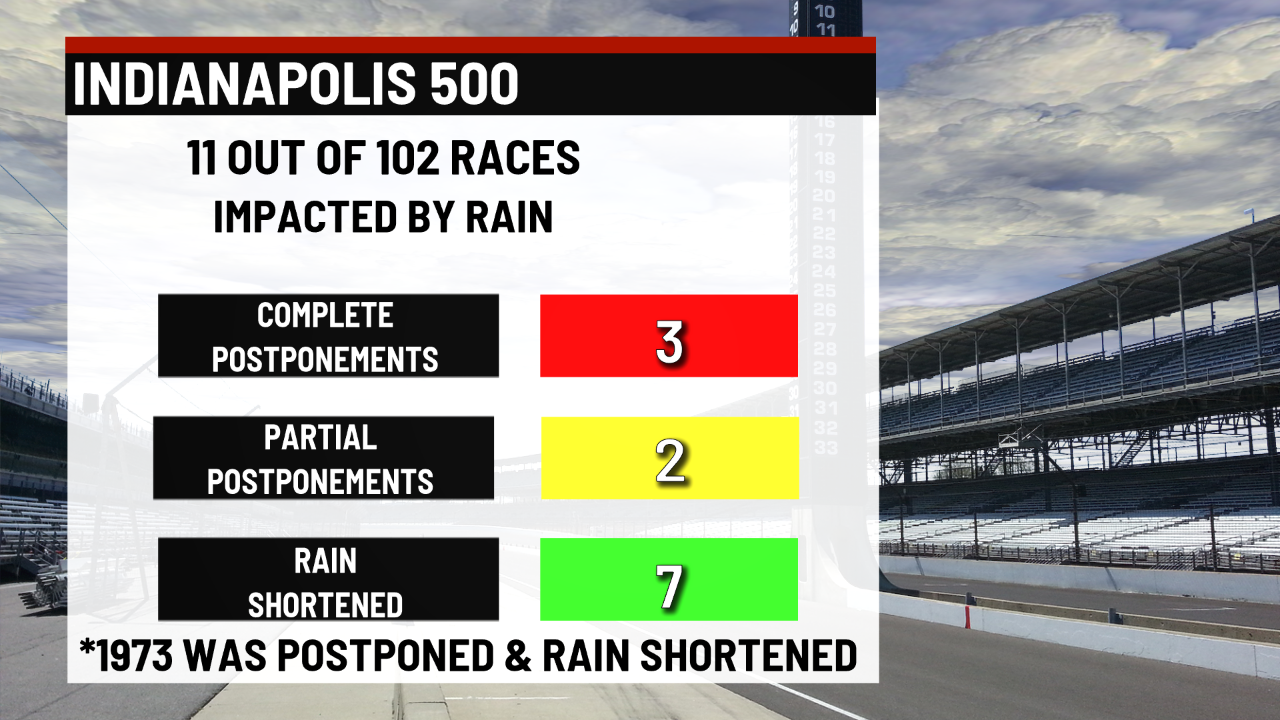 INDIANAPOLIS (WISH) — All eyes are on the forecast this weekend for the Indianapolis 500. The race has seen various weather extremes throughout the last century.