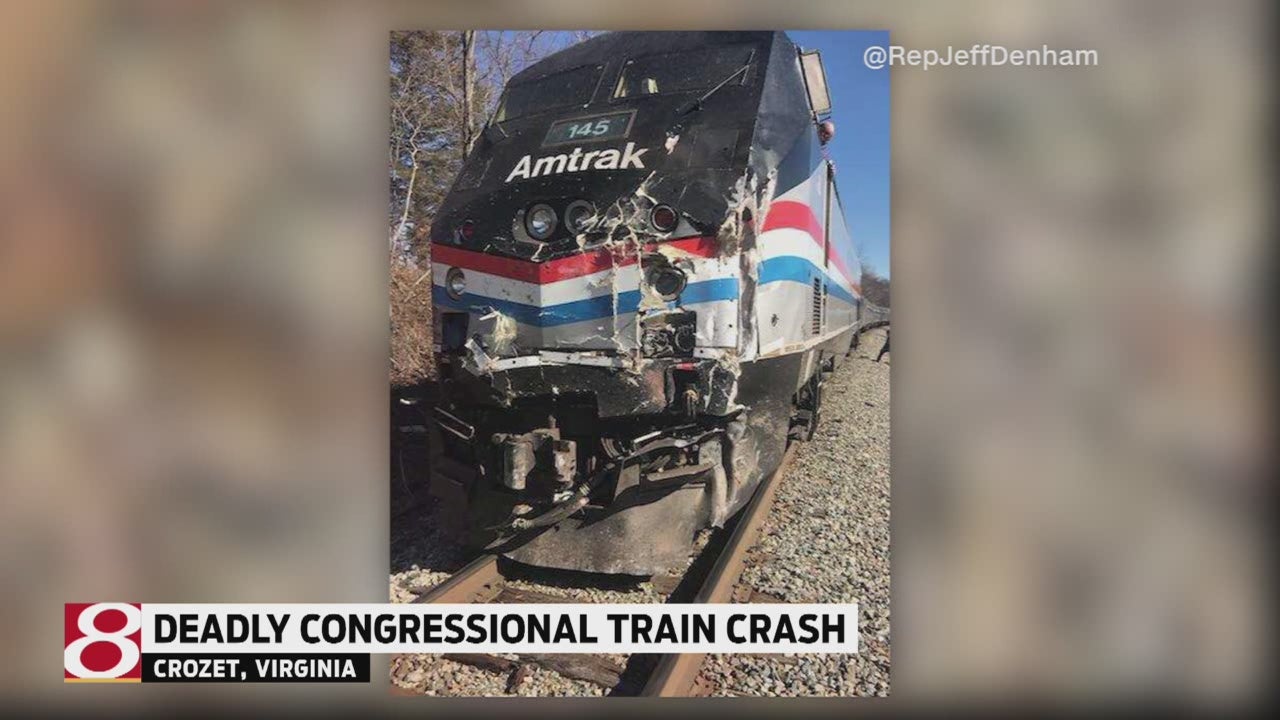 CROZET, Vir. (WISH) — An Indiana lawmaker is being hailed a hero after a train carrying members of Congress and their families crashed into a garbage truck.

The crash happened late Wednesday morning about 15 miles outside of Charlottesville, Virginia in Crozet. The train was carrying dozens of Republican members of Congress, including several from Indiana, to their legislative retreat in West Virginia. The driver of the truck was killed. Six patients were transported to UVA Medical Center, with one in critical condition. All members of Congress on the train and their families were said to be OK, with the exception of a few minor injuries.

Indiana representatives Susan Brooks and Jim Banks, as well as Senator Todd Young were on board the train.

Congressman Larry Bucshon is a heart surgeon. He was also on board with his wife who is an anesthesiologist. Both stepped up with several others to help after the crash.

“We again came to a very distressing scene with obviously very severely injured people and the atmosphere was as professional as that setting could allow and I do think it made a difference, I think what the people on this stage did hopefully has saved a life,” Rep. Larry Bucshon said.

My wife Kathryn and I were traveling to the annual House Republican retreat when our train collided with a truck, we are ok. We went to the scene and did what we could to help the injured. Our thoughts and prayers are with the victims of this tragic accident and their families.— Larry Bucshon, MD (@RepLarryBucshon) January 31, 2018

Rep Bucshon also offered prayers to the those involved in the crash and said he hopes it will refocus lawmakers in Washington.

“This does bring back thoughts of family and friends in a partisan Washington D.C. climate. Sometimes, I think some of us start to lose what really is important in life and this incident today really brings that back in focus for everyone,” Rep. Bucshon said.

As for the retreat, GOP lawmakers say it is going on as planned. It’s happening in West Virginia through Friday. President Trump is scheduled to speak to the group Thursday.