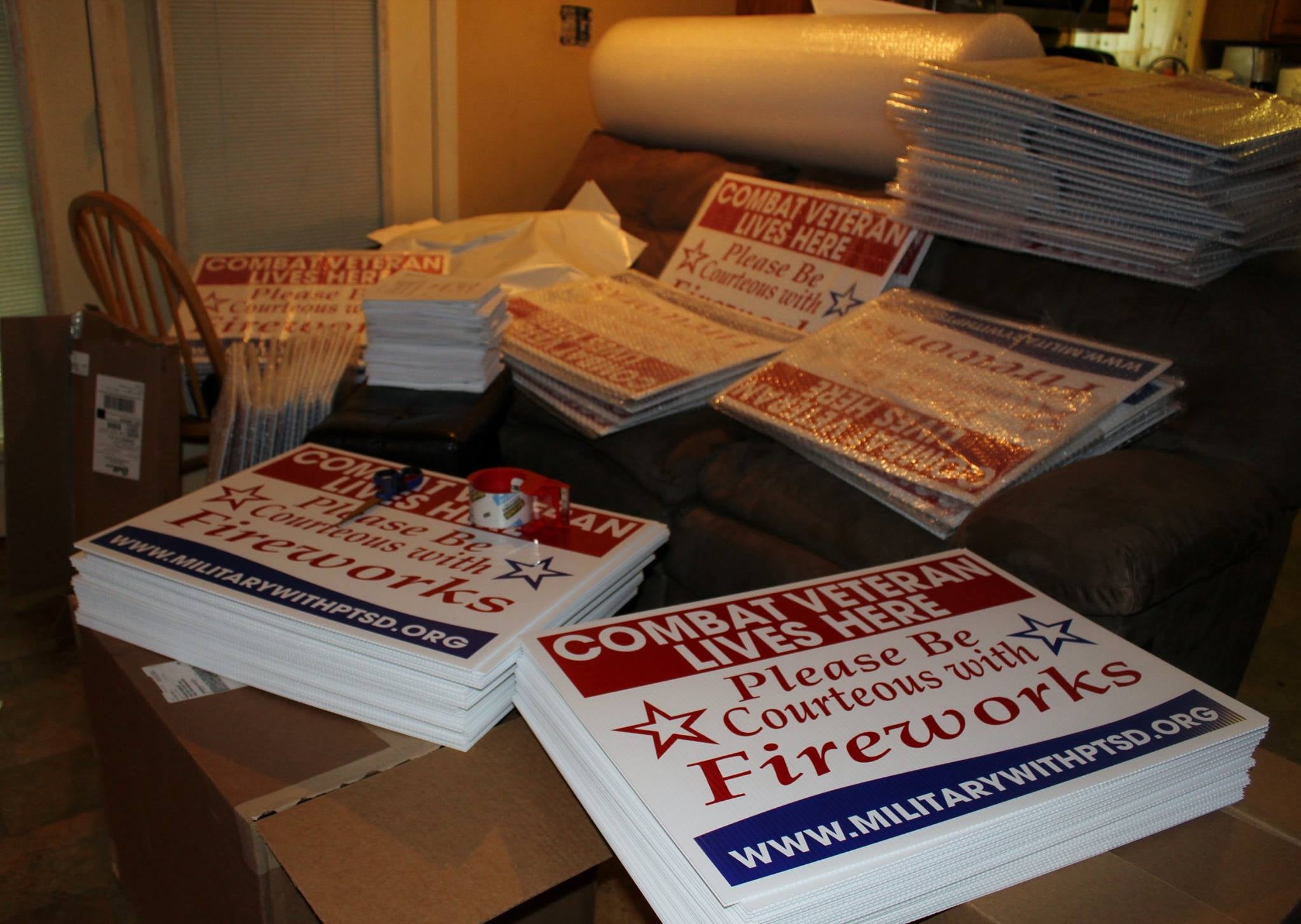 INDIANAPOLIS (WISH) – An Evansville group is urging people to be aware of who is living nearby before shooting off fireworks.

The non-profit, Military with PTSD, is raising awareness nationwide about the problems loud fireworks can cause for combat veterans.

The group is making and shipping signs all around the country that say “Please be courteous with fireworks, a combat veteran lives here.” Veterans can put the signs up in their yards to let neighbors know that fireworks could cause some problems.

Last year, Military with PTSD helped a veteran make similar signs. This is the first year Military with PTSD has launched an official campaign to make and ship the signs. The group said the response has been overwhelming. More than 2,000 signs have gone out from coast to coast ahead of Independence Day, and more than 3,600 people are still on a waiting list.

Military with PTSD founder Shawn Gourley said the biggest problems are sparked by unexpected fireworks. The loud sounds can be a trigger for a veteran with Post Traumatic Stress Disorder. Gourley, whose husband suffered from PTSD, said her goal with the signs is to get people talking, not stop the celebrations. Gourley said giving veterans a heads up is key.

“If you can let them know – from this time to this time – we’re going to be setting off fireworks, so that way they’re expecting it. They’re not sitting on the couch watching the news and all of the sudden out of no where a firework goes off and you’ve got your vet tackling you and the kids trying to protect you,” said Gourley.

Grouley went on to say that fireworks especially before and after Fourth of July can cause problems for veterans.

The group will continue to ship the signs all year long. Signs are free for veterans, they just need to pay the cost of shipping.

Military with PTSD is raising money with the hopes that eventually veterans won’t even have to pay that shipping cost. You can learn more, buy a sign for a veteran, or order a sign for yourself by visiting the group’s website or Facebook page.