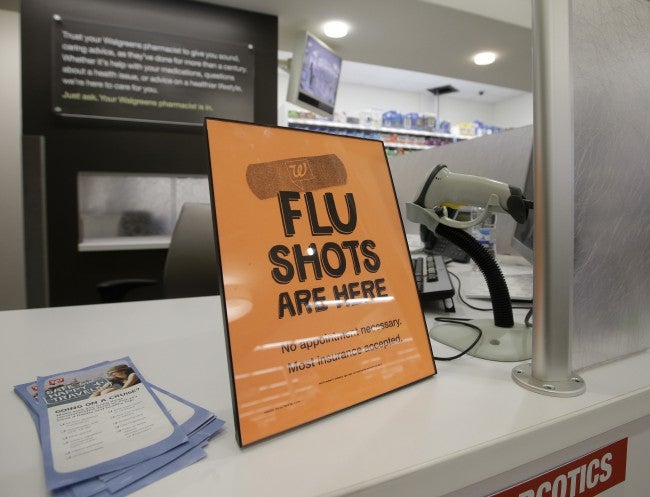 INDIANAPOLIS (AP) – Indiana health officials are still encouraging Hoosiers to get flu shots amid a nationwide epidemic of the virus and five deaths in Indiana.

The Centers for Disease Control and Prevention has said influenza was widespread in 36 states – including Indiana – as of the week ending Dec. 20, the most recent reporting period, and that about 7 percent of all nationwide deaths during that week were due to the flu or pneumonia.

Five people over the age of 65 have died from the flu in Indiana so far this season, Indiana Health Commissioner Dr. Jerome Adams told WIBC. It’s not too late for people to get vaccinated, and the vaccine remains 50 percent effective despite not targeting the strain that has become most dominant this season, he said.

State Health Department Chief Medical Officer Dr. Joan Duwve said it’s likely that people who get vaccinated every year will have some protection from the dominant strain this year.

“I tell you, we have been hammered with influenza, sort of relentlessly, I’d say for the last three or four weeks and it doesn’t look like it’s dying down as of now,” she told WANE.

The typical flu season begins in February or March but came early this season, McMahan said.

“Go get a flu shot. I don’t care what age you are, I don’t care the status of your immune system. If you have a fever and muscle aches, it’s probably the flu,” she said.

Several Indiana hospitals have restricted visitors to try to protect patients and staff from the flu virus.