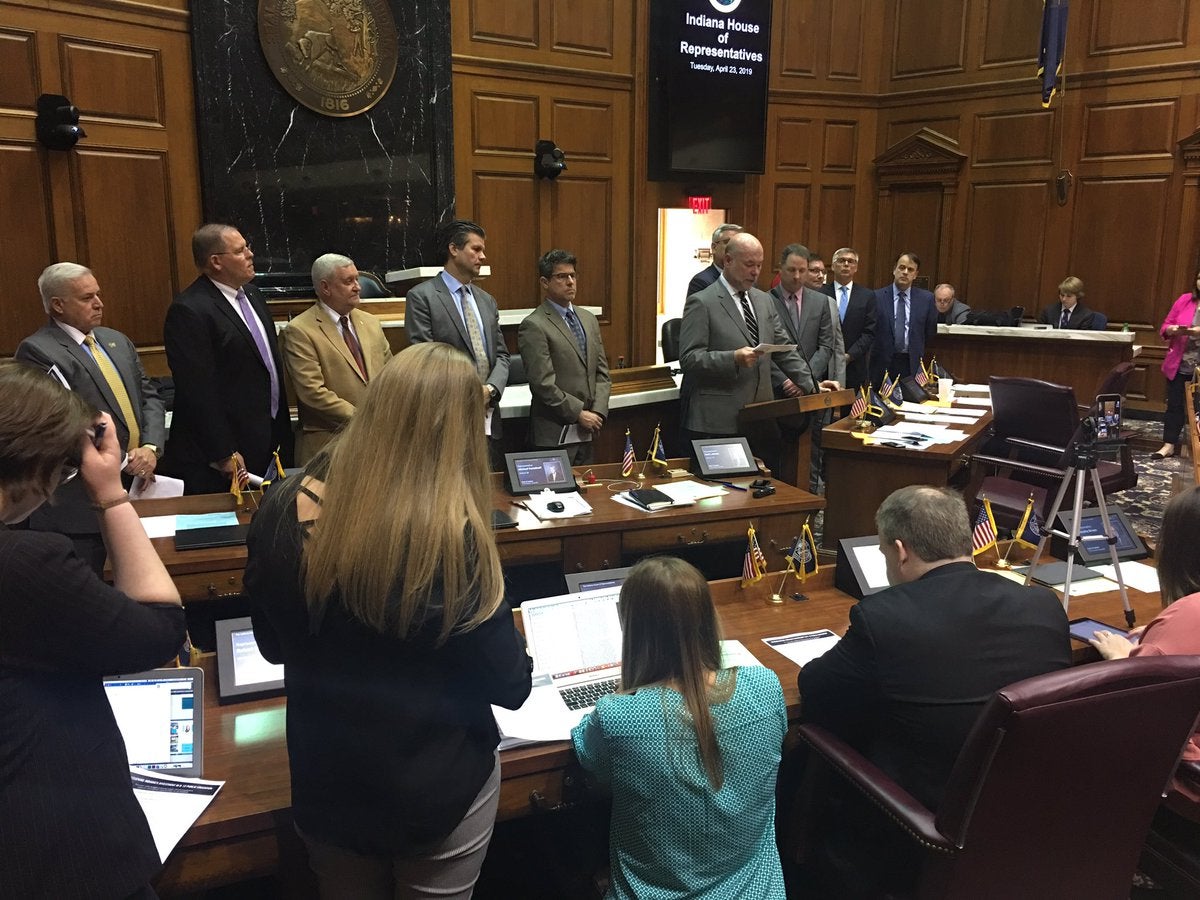 INDIANAPOLIS (WISH) — State lawmakers announced Tuesday they have agreed to provide $763 million in spending for K-12 schools, increasing base school funding by 2.5% over the 2017 biennial budget.

“The first place we go to in our state investments is to educating our children, pre-K through happy retirement.” Gov. Eric Holcomb said Tuesday afternoon.

The $763 million in spending includes $37 million per year for the teacher appreciation grants.

“Keeping our promise that we would make every teacher receive a portion of these funds.” House Speaker Brian Bosma said.

On that note, what does all this new money mean for teacher pay?

“This gets more dollars into teacher paychecks, which is exactly what I was trying to by pushing that tax credit from $100 to $500,” Holcomb said.

Dennis Costerison, executive director of the Indiana Association of School Business Officials, said, “We want to focus on teacher salaries as part of what this new money goes. It’s key for us to also say we have always felt that the General Assembly appropriates the dollars and those dollars are given then to the local school districts to make decisions. That’s local control.”

“I feel very honored that we can be able to move Indiana forward in this way,” Indiana’s Senate President Pro Tempore  Rod Bray said.

Among the other changes, there is also a huge boost for Indiana’s yearly English-as-a-second-language program, from $17.5 million to $22.5 million.

House Bill 1001 will now go to Gov. Eric Holcomb, who was expected to sign it.

“From the very beginning, my administration, the House and the Senate shared our top two priorities – passing a balanced budget and protecting our reserves that in turn protects our AAA credit rating and increasing K-12 funding as much as we possibly could. This budget proposal does both. I appreciate the hard work of all of our colleagues as we near the end of this legislative session.”

“The state budget proposal represents our strong commitment to funding the state’s priorities while holding the line on spending and maintaining reserves. We responsibly boosted investments in public K-12 education, school safety and proven workforce programs. Republican leaders in the House and Senate along with Gov. Eric Holcomb worked hard to meet the state’s needs and maintain a structurally balanced budget.”

“I am pleased with the tremendous amount of work and collaboration that has gone into this budget. Our proposed state budget is balanced, protects our reserves and includes a sizable increase of $763 million in education funding – all of which were goals that my caucus members and I set out to achieve in January.

“It is disingenuous for the Republicans to say they support teachers and are adequately funding education when those numbers just don’t add up. They certainly did not put their money where their mouth is. This budget does not allocate one dime to raise teacher pay, despite the Democrats having a funding plan.

“Additionally, the Republican budget creates disparities in funding, disproportionately hurting urban schools. For example, the average percentage funding increase per student allocated to Indianapolis Public Schools over the next two years is only half of the increase the suburban district of Carmel is receiving. Worse still, this increase doesn’t even keep up with inflation over the two year budget – effectively making it a funding cut. Meanwhile, taxpayer funding for the private school voucher program is increasing at an even higher rate.

“This supermajority has ignored the funding needs of teachers at a time when their pay is lower than that of teachers in our neighboring states and their salary growth is the slowest in the nation. All the while, they have focused on legalizing the shooting of teachers during training. It’s ridiculous, and it doesn’t make sense.”