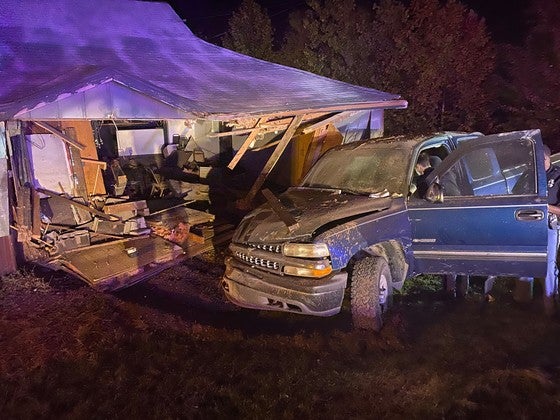 ISP says the driver and the passenger were both 14 years old.

Troopers say they attempted to pull the vehicle over just before midnight for failing to stop at a stop sign while exiting Huck’s Market near State Road 261 and Oak Grove Road.

Police say the driver refused to stop and led the trooper on a chase at speeds over 85 miles per hour.

The driver eventually lost control and crashed into an abandoned building in Chandler. The two teens then got out of the pickup truck and surrendered to police.

The passenger was released to his parents while the driver was arrested on charges of resisting law enforcement, unauthorized control of a vehicle, operator never licensed, criminal mischief and reckless driving.