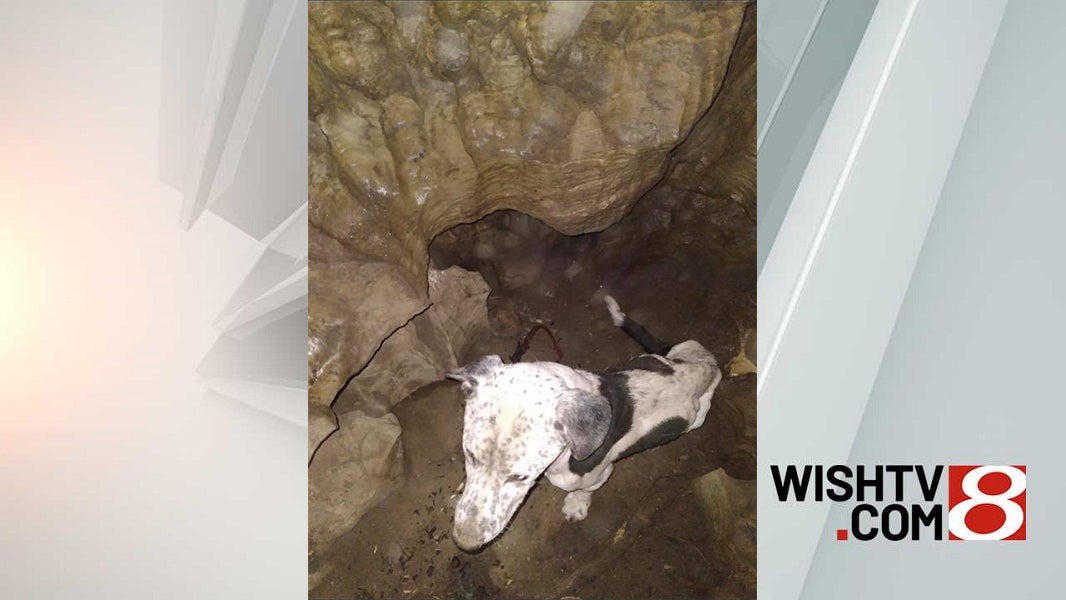 Down in a pit, they spotted movement. At the bottom of the 30-foot drop sat a thin black-and-white dog.

According to a Sunday Facebook post from Harrison County Animal Control, the cavers rappelled down the pit and lifted the trapped dog — now named Dewey — out of the cave.

Based on Dewey’s condition, animal control believes he could have been stuck in the cave for two weeks. His collar was loose, leading officials to believe that he had lost a significant amount of weight while trapped, the post said.

Scratch marks halfway down the shaft led the cavers to believe that a branch caught Dewey’s collar as he fell. He was eventually able to wiggle free, the post says, allowing him to drop to the bottom of the cave.

There was an empty turtle shell at the bottom of the pit, the cavers reported, which could have collected rain water to keep Dewey alive.