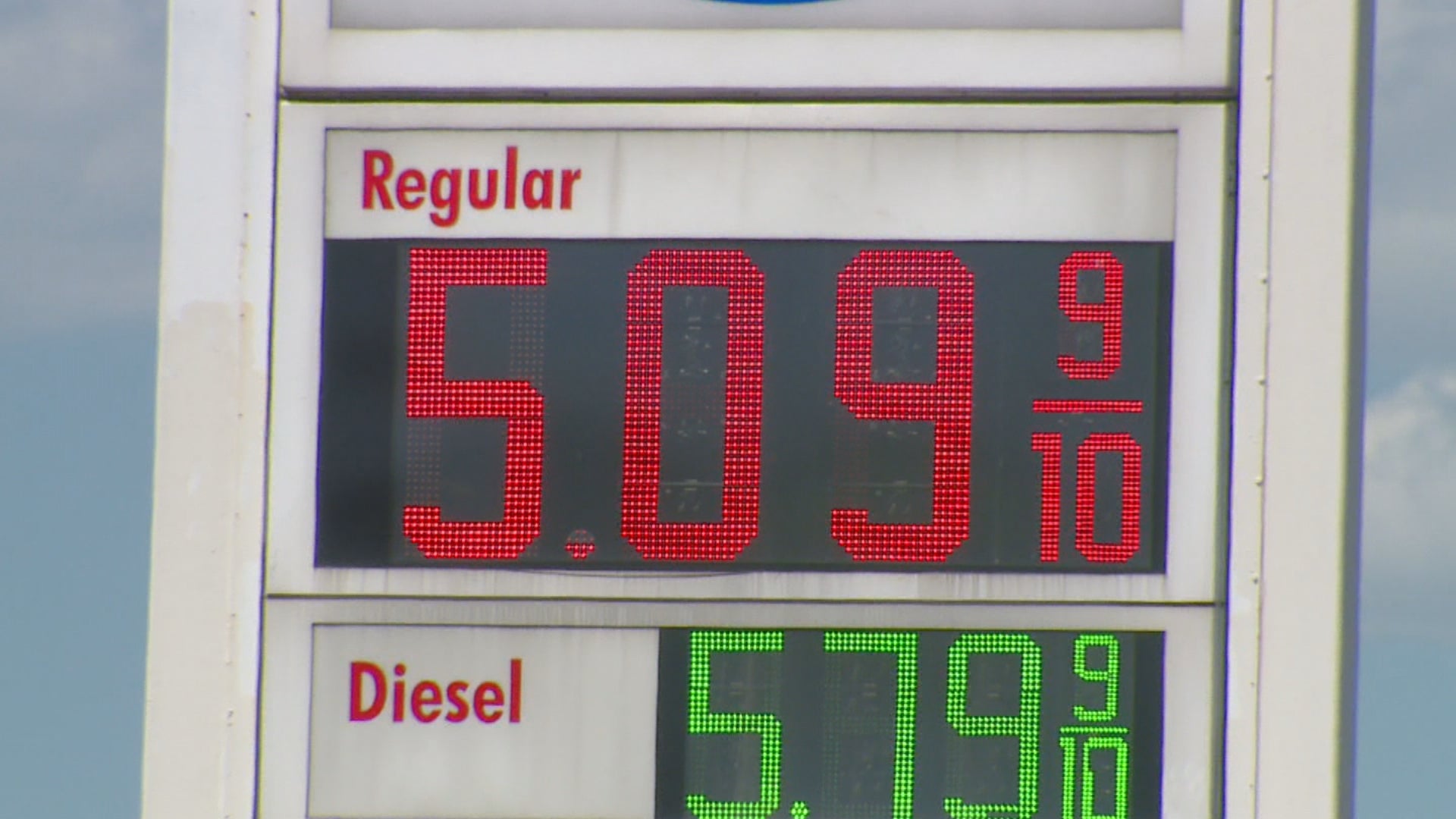 INDIANAPOLIS (WISH) — For the fourth consecutive day, Indiana hit a record high for a gallon of regular gas, according to averages from GasBuddy.

Marion County’s average on Saturday night at $4.96. Of Indiana’s 92 counites, Porter County along Lake Michigan had the highest average, $5.39. Next-door Lake County had the second-highest, $5.37.

Indiana has two taxes on gasoline: the 7% state sales tax and a tax directed to infrastructure projects. The road projects tax that’s currently 32 cents a gallon is set to go up by 1 cent in July.

High gas prices can be blamed on short supply, high demand, and the war in Ukraine, experts have said.