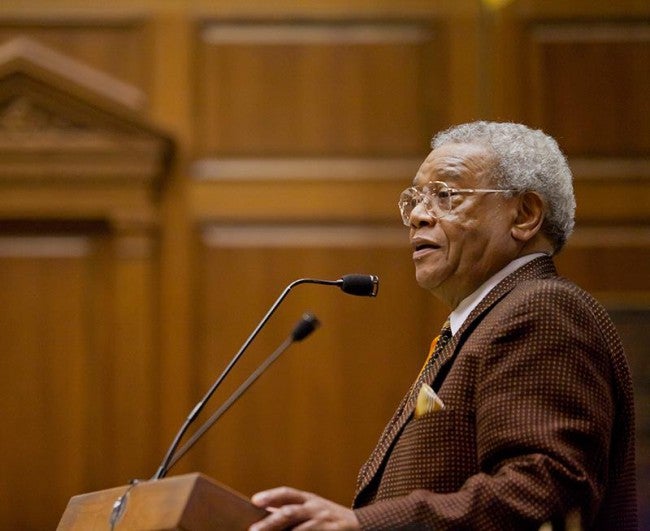 INDIANAPOLIS (AP) – Longtime Indiana state Rep. William Crawford will lie in state in the Indiana Statehouse Rotunda ahead of his funeral this week.

Crawford spent 40 years as a member of the Indiana House, becoming one of the highest-ranking black politicians in state history as chairman of the influential House Ways and Means Committee. The Indianapolis Democrat retired from the House in 2012 and died Friday at age 79.

Crawford’s body will lie in state at the Statehouse 11 a.m.-8 p.m. Thursday. The governor’s office says Gov. Mike Pence will take part in a wreath-laying ceremony at noon.

Crawford’s funeral is scheduled for 11 a.m. Friday at Eastern Star Church in Indianapolis.