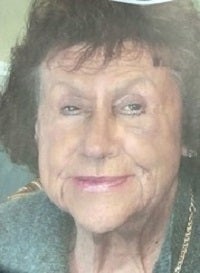 VINCENNES, Ind. (WISH) — A statewide Silver Alert has been issued for a missing southern Indiana woman, according to the Indiana State Police.

Police said 90-year-old Helen Watson has been missing since 10:30 a.m. on June 8 from Vincennes, Indiana.

Watson is described as a white woman who is 5’5″ tall, weighs 120 pounds and has brown hair and brown eyes.

At the time of her disappearance, Watson was wearing a navy blue blouse, navy blue pants and was carrying a large black purse, according to ISP.

Watson is believed to be in danger and may need medical help.

Anyone with information on her whereabouts should contact the Knox County Sheriff’s Department at 812-882-7660.