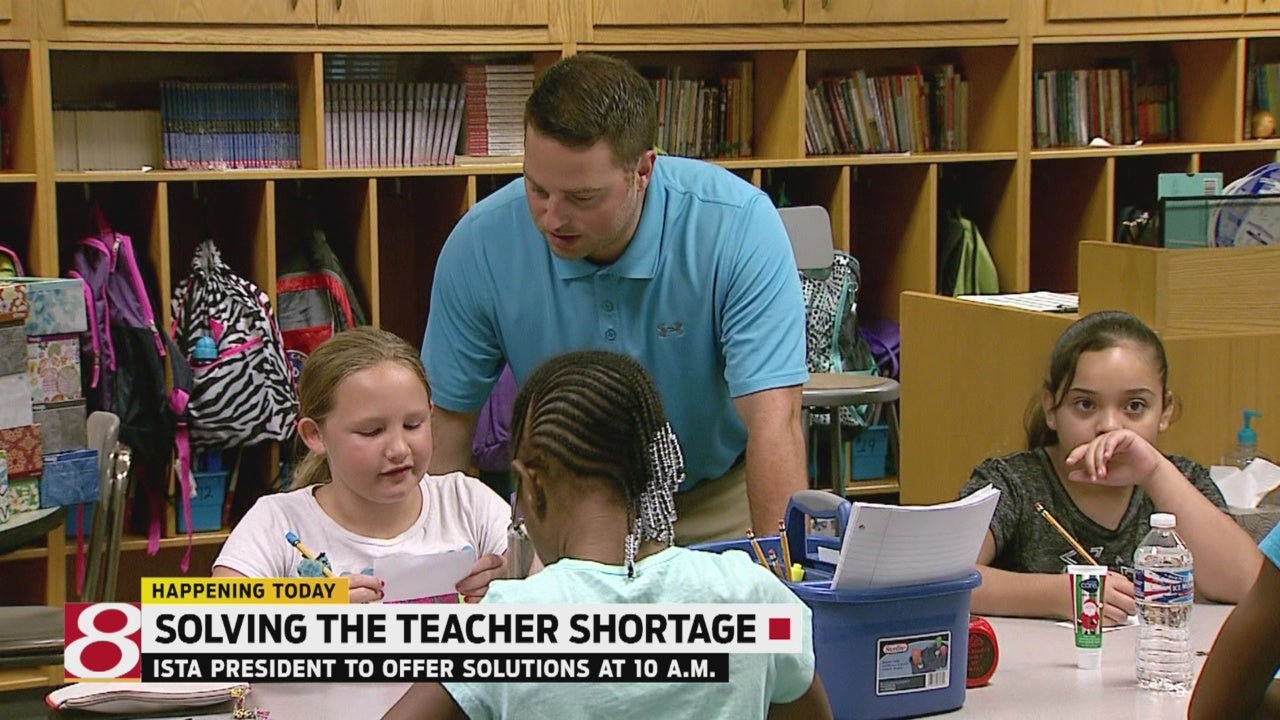 INDIANAPOLIS (WISH) – Teachers from around the state will outline their plan to fight what many say is a major shortage of teachers in Indiana.

Wednesday at 10 a.m., the Indiana State Teachers Association will gather at the Statehouse and release its goals for the 2016 legislative session.

The teachers union has not released many details about what they will address specifically, but we know they’ll talk about the teacher shortage in Indiana. The number of new teachers in the state has dropped by at least 20-percent over the past five years. ISTA President Teresa Meredith is expected to speak on that issue Wednesday.

“ISTA wants to ensure all kids have a caring, qualified and committed teacher,” said Meredith in a statement. “We look forward to talking about our positive solutions to address Indiana’s teacher shortage. We believe our solutions will attract and retain the best teachers, as well as ensure both teachers and education support professionals get the respect they deserve.”

24-Hour News 8 talked to Meredith earlier this year. At that time, she said lawmakers are, at least in part, responsible for the teacher shortage.

“The legislators need to think about the laws that they pass that have created the sense among a new generation that think ‘maybe I don’t want to choose that profession,'” said Meredith.

Meredith and other teachers have told us issues behind the shortage include high-stakes testing, reducing qualifications for becoming a teacher, and a lack of respect.

“I think this is just the tip. If we don’t do something to really demonstrate that we do value the work that teachers do as a state, who can say that the state actually respects the profession? That’s what we need to do. Not just in communities and words, but in actual actions that start at the top with the governor,” said Meredith earlier this year.

State House Speaker Brian Bosma has already said that finding solutions to the shortage will be a top priority this year. For the past four months, a commission has been dedicated to solving this problem. Just this week, the group has finalized eight ways to attract and keep more teachers in Indiana classrooms.  We should learn more about that proposal at the State Board of Education meeting later this month.

ISTA will also be offering some solutions of their own Wednesday morning. 24-Hour News 8 will update this story as more details become available.