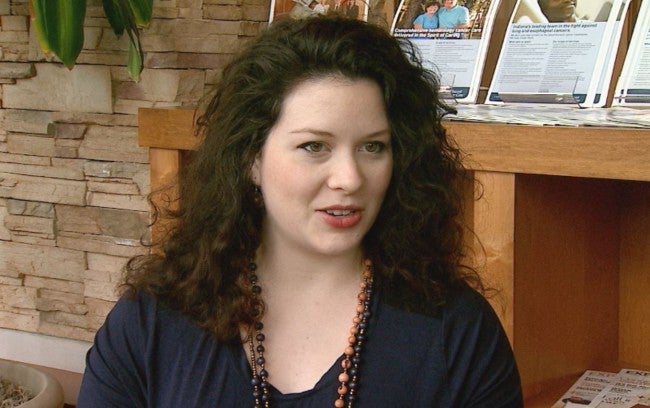 INDIANAPOLIS (WISH) — Angelina Jolie made headlines Tuesday – not for a movie role – but for her decision to remove her fallopian tubes and ovaries last week to reduce her risk of ovarian cancer.

Jolie had a double mastectomy two years ago after testing positive for the BRACA1 gene which increases the risk of developing breast and ovarian cancer.

It’s the same decisions Indianapolis resident Abigail Caress now finds herself making. She has a family history of cancer – her mom had breast cancer, as did her grandmother.

So six years ago Caress decided to undergo genetic testing. It’s a decision she said that has changed the course of her life – and possibly even saved it. She leaned she carries the BRACA2 gene mutation.

“It was definitely a reality I knew I might have to face,” Caress said. “It’s changed how I made certain decisions about my life.”

Decisions such as starting her family early – her first child is due in late May.

And decisions she now must consider down the road.

“We’re talking mastectomies, we’re talking oophorectomies,” she said. “Talking things like that that in my late 30’s, early 40’s I’ll have to look at as well as options.”

“That’s a type of cancer you don’t want to mess around with,” Nixon said. “So, a lot of women will actually – if they carry that gene mutation – the decision is a little more clear cut – that they actually want to take that tissue out.”

It’s surgery Nixon said that is usually done about 10 years before the earliest onset of cancer in female relatives.

“If a woman carries a BRACA1 or BRACA2 mutation and they are getting around age 35 to 40 that’s when we really notice the risks for that type of cancer can start to go up,” she said.

Caress said having the genetic testing was empowering and gave her a chance to take control, instead of wondering if she might get cancer. For now she undergoes increased testing – including blood tests every six months to look for cancer markers – while she and her husband discuss future preventative surgery

“It’s a completely different way to view your body as well,” Caress said. “You never want to look at your body as being a potential enemy but at the same time you also don’t want to be too rash.”