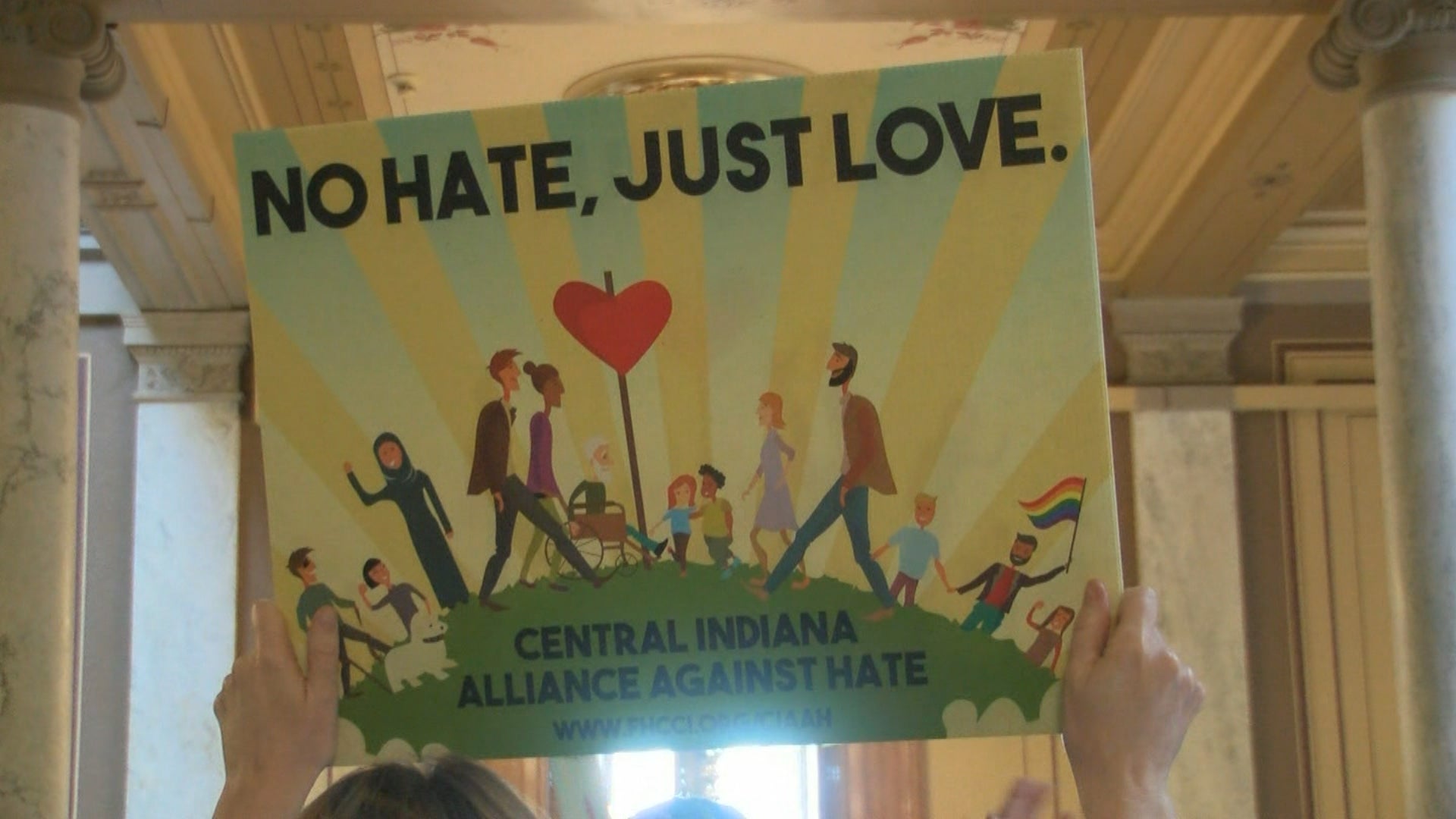 INDIANAPOLIS (WISH) — Strong emotions and sharp words came through at the Statehouse on Monday over a hate crimes bill.

The controversial bill has been debated year after year only to fail. But this year, even the governor is for it. The bill passed a Senate committee 9-1 Monday morning and now heads to the Senate for consideration.

Testimony lasted about three hours Monday morning. More than 30 people braved the cameras and lawmakers to speak about the bill. Some showed raw emotion.

“‘Go back to Mexico!'” Taylor Cortez, a Goshen College student said. “‘You don’t belong here!’ ‘Speak English!’ I’ve gotten people in my face telling me these things at my own job.”

“I’ve been the victim of assault where a gun has been pulled on me, yet I was able to get away,” Monica Valadeza, a transgender woman, said. “I have also been a victim of physical and sexual abuse.”

The bill would allow a judge to slap extra penalties on a person convicted of a crime against someone based on a trait like sexual orientation, race, religion or gender identity.

“We have very grave concerns about religious liberty should this be passed,” Kurt Smith with the Indiana Family Institute said.

John Auckerman, a retired professor, also spoke in opposition to the bill. “This bill punishes thoughts, not just actions. Who is in the all-knowing position of God to know what what was in someones mind when they committed a crime?”

“What’s happening is as soon as we create special classes among Hoosiers, we immediately weaponize the state to punish everybody who wants to speak out against what they happen to disagree with,” said Ron Johnson, the executive director of the Indiana Pastors Alliance.

Last year, a hate crime bill fell apart in the Senate because lawmakers could not agree on language. State Sen. Ron Alting said he believes this year’s bill different.

“Every single person is in there,” the Republican from Lafayette said. “The message is ‘If you commit a physical act basically on the theory of hate or bias crime, then the ‘aggravator’ language in it, the judge has the right to enhance the sentencing part.”

That’s what supporters have wanted for years.

“It is time for Indiana to move forward!” said pastor John Girton of the Christ Missionary Baptist Church of Indianapolis.

A hate crimes law is part of Gov. Eric Holcomb’s 2019 agenda. Indiana is one of five states with a hate crimes law. The others are Arkansas, Georgia, South Carolina and Wyoming.

Jim Morris, vice chairman of Pacers Sports & Entertainment, said, “The fact that we do not have a hate crimes law is a very negative factor in our state’s reputation.”

So much so that a top official with Indiana-based Cummins Inc. said the engines and generators company has lost talented people.

“We have existing employees who have asked to be relocated outside of Indiana because they do not feel welcome and safe here,” said Marya Rose, chief administrative officer of Cummins. “We also know that top talent has chosen not to work for us because they would have to move to Indiana.”

“Failure to pass this bill would also impact Indiana’s ability to attract new businesses who wish to operate in a vibrant welcoming state,” said Bob Jones, chairman and CEO of Old National.

Opponents, including the Indiana Attorney General’s Office, argued state laws already protects people even though the laws don’t use the specific words “bias” or “hate crimes.”

“Passing this bill will send a false message to Hoosiers, particularly those in minority or disadvantaged communities, that they will be more protected under this so-called biased crimes law than they are today,” said Parvonay Stover with the Attorney General’s Office. “That is simply not true.”