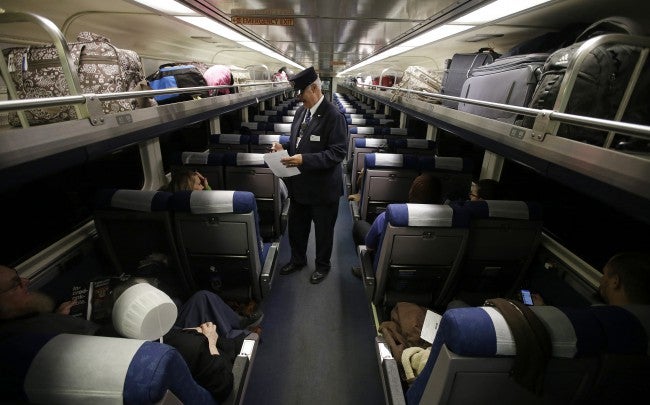 INDIANAPOLIS (AP) – An Amtrak line that has linked Indianapolis and Chicago since 1980 will halt April 1, state officials said Friday, citing what they called a last-minute policy change by a federal agency that effectively ended Indiana’s efforts to keep the line running.

The Indiana Department of Transportation said in a statement its decision follows “new rules” from the Federal Railroad Administration that would have effectively deemed Indiana a rail carrier even though it does not own any tracks or trains. That policy, INDOT said, would expose Indiana “to significant increases in cost, paperwork and liability” for the 196-mile line.

But Amtrak President and CEO Joseph Boardman said the Hoosier State line does not have to end in April because Amtrak “has offered to continue to operate the train on a month-to-month basis.”

The Hoosier State passenger line runs four days a week between Indianapolis and Chicago, with stops in Crawfordsville, Lafayette, Rensselaer and Dyer, and is the least-traveled Amtrak route, with just under 34,000 passengers in fiscal year 2014.

The line is one of 28 Amtrak routes under 750 miles affected by a 2008 congressional act that shifted most of the costs of those lines to the states in October 2013. Indiana’s decision makes it the only state among 19 affected by the mandate not to reach a long-term funding deal to keep short passenger lines in operation.

Indiana had spent months negotiating with Amtrak and a private suitor, Iowa Pacific, which wanted to take over the line’s operations.

INDOT Commissioner Karl Browning said the agency was blindsided in late 2014 by the FRA’s policy as it was nearing a deal to make Amtrak the line’s primary operator and Iowa Pacific providing the train equipment, train maintenance, on-board services and marketing.

“We’ve done a monumental job trying to put together a very creative situation where the private sector could help make this a profitable entity and the notion of the state becoming a railroad under the terms and conditions that that implies is insane,” he said at a telephone briefing.

Browning said the state would only reconsider its decision if the FRA or U.S. Department of Transportation were to reverse the rail carrier policy.

Indiana’s proposed service was modeled after North Carolina’s Piedmont passenger line, for which that state owns some of the track and partnered with Amtrak and private contractors to improve that service, Browning said.

INDOT’s chief legal counsel, Lori Torres, said North Carolina successfully sued the FRA in 2008 after it tried to impose the same “rail carrier impediments” on the Piedmont service, but INDOT was unsuccessful in convincing the FRA to formally reconsider its decision.

INDOT could file a judicial appeal, she said, but such an action “had no possible chance of concluding before April 1,” when Indiana’s current contract extension with Amtrak for the line ends.

The Federal Railroad Administration said in a statement that as states take on bigger roles managing Amtrak’s short passenger lines, they assume a greater burden to ensure they are safe for passengers and train crews.

“States ultimately have oversight responsibility for their contractors and service providers,” the agency said.