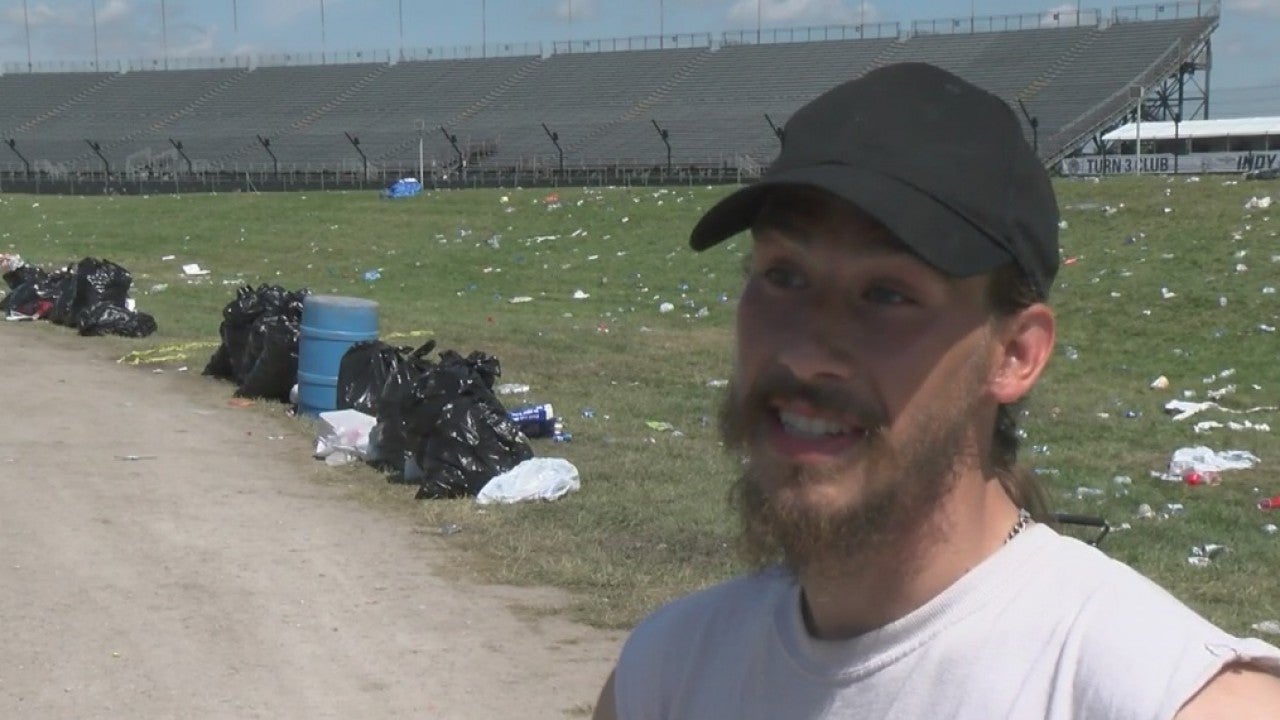 Somehow, by Monday evening, a lot has already been picked up.

Trash littered the track as far as the eye could see Monday morning, and to someone never having experienced an Indy 500 cleanup, it looked horrible. But those cleaning up said it was nothing.

“This is actually the least amount I’ve seen since I’ve been here,” Jacob Smith said. “This year is actually not that bad. And even if it was, I’d still enjoy it.”

With about 800 people picking up, even if the trash had been knee-high, there are enough motivated people that it only takes a day to get most of it done.

“I’m always here to help the city, the community, any type of way I can,” Martez said. “So, you know, put a positive influence on anything that I’m doing. It makes me feel better, it makes my mom feel better — shout out to my mom. I just like doing it, picking up trash, and that’s what I like to do.”

The solution sounds like it should be pretty obvious.

“I mean, only thing they can do, next time, put their beer cans in the trash!” Tarik Presswood said. “Just playing!”

But that’s not really the case. It’s almost an impossible goal to reach zero trash because of how packed IMS is on race day, making trash barrels hard to reach.

“The litter is everywhere,” Phil Pasquarosa said. “The barrels fill up. We try to pull the barrels, but people that are having a grand old time just put the trash around their trucks or whatever, but really this isn’t that bad.”

Despite that, IMS officials are still looking at how to cut down on the amount of trash left behind so they don’t need so many people to pitch in after the race.

“Find ways to make it easier when there’s such a crowd here you literally can’t see any of the ground because there’s so many people,” IMS President Doug Boles said. “How we can get folks from one place to the other to make sure we’re picking up even before the race is over.”

Even with all the trash picked up, IMS says there’s still a lot more teardown to do and everything should be back to normal by Friday.