Indianapolis protesters fear escalation after US airstrike on Iranian general 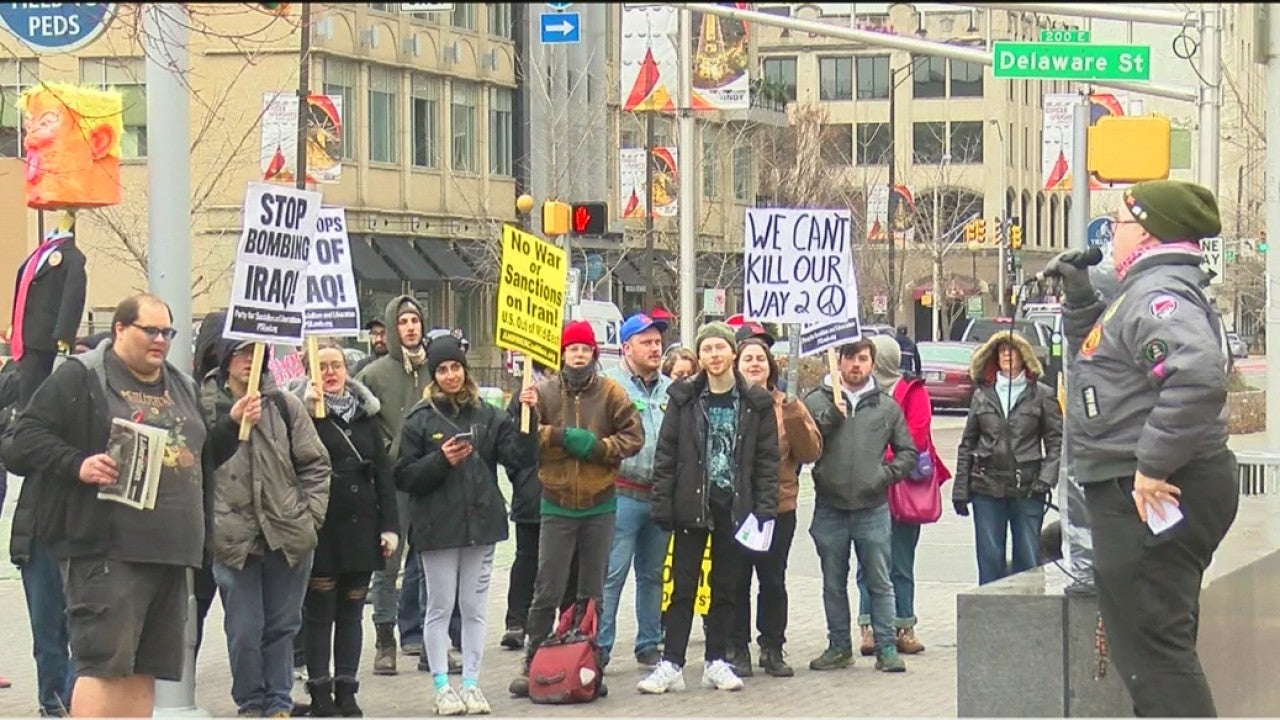 INDIANAPOLIS (WISH) — In response to escalating threats following a U.S. drone attack that killed a top Iranian general, around 70 protests across the United States were held to speak out against further aggression toward the Middle East.

On Saturday night, President Trump tweeted that he was ready to strike 52 locations of importance to Iran. Protesters in Indianapolis told News 8 that as that tension continues to build, they fear it will be hard to stop the situation from escalating.

Protesters hoisted anti-war signs into the air, fearing the worst after the airstrike.

“Iran definitely doesn’t want a war with the U.S.,” ANSWER Indiana Organizer Derek Ford said. “But these things can escalate very quickly and it’s easy to jump the rung on the escalation ladder and it’s very difficult to get off.”

Through protest, they said they want the world and their own government to know they don’t stand behind the actions of the country’s leadership.

“We have a responsibility to say ‘Not in our name,’” ANSWER Indiana Organizer Cambria York said. “Because these decisions are never made democratically.”

News 8 reached out to several elected officials and political organizations that represent central Indiana for a response to the airstrikes. On Saturday evening, none had responded.

However, several Indiana representatives have already made statements putting their support behind the airstrikes and the president.

Greg Pence, a Republican representative from Indiana and a member of the U.S. House Committee on Foreign Affairs wrote, “Evil has been taken off this earth,” and “I stand firmly in support of President Trump.”

And U.S. Sen. Mike Braun, a Republican, said he is “proud that President Trump is protecting our country and our allies.”

But protesters say even if U.S. actions don’t start a war, it will become a major blemish on the country’s reputation.

“I think the U.S. is increasingly seen as sort of a bully that bombs and sanctions and commits other acts of aggression to get what it wants, regardless of what people of the world actually want,” Ford said. “I think most people in the world actually don’t want war.”