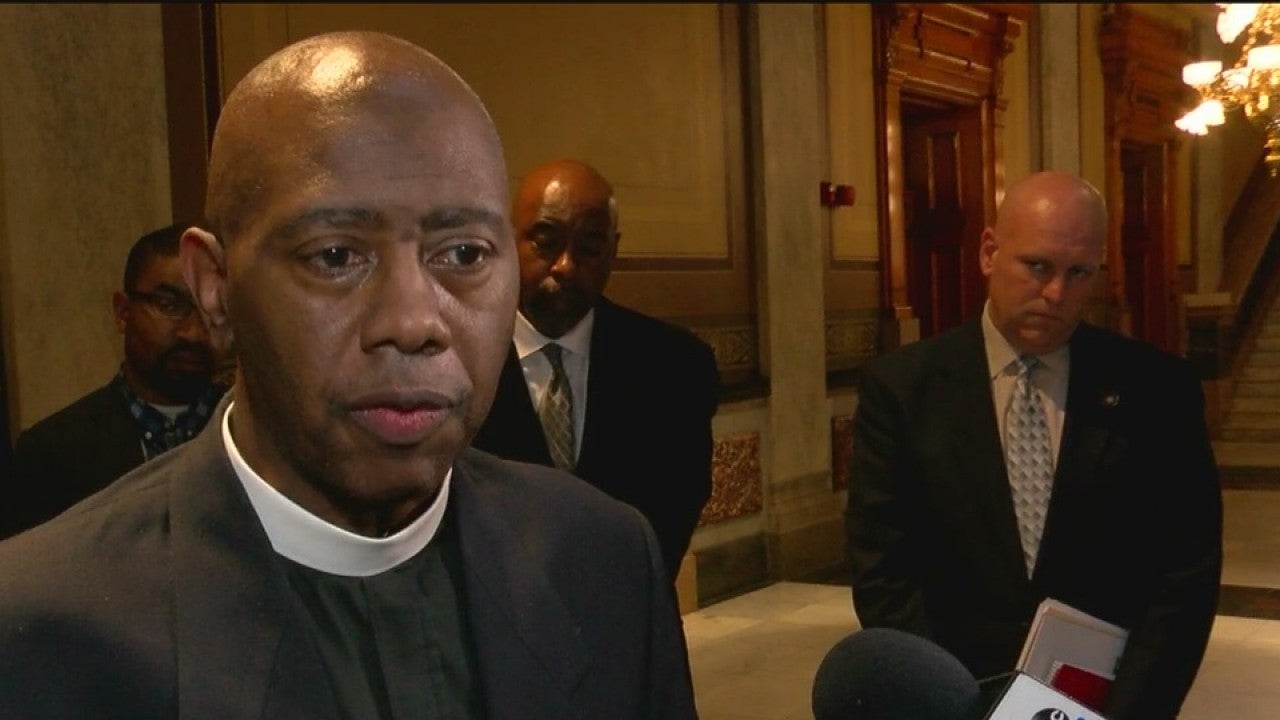 The topic of the hourlong discussion was how to curb the violence in Indianapolis.

“When you have as many non-fatal shootings and stabbings as we had, we ought to be troubled as a city. Because we are fortunate that we didn’t have another record-breaking year,” said Rev. Charles Harrison with the Indianapolis Ten Point Coalition.

It may not have been a record-breaking year, but 2019 came close.

But leaders with Indy Ten Point and the FOP say what they talked about with Gov. Holcomb didn’t stop with just Indianapolis.

The group talked about two things on what can be done to curb violence statewide.

Harrison says he explained to Gov. Holcomb the Ten Point model does work and can be implemented statewide.

“From a state perspective, he has all of the state of Indiana. Could we take this model that has done great work in the 46208 zip code in Indianapolis? Could we replicate it in other cities? And I think yes. that’s what we tried to convey to the governor today,” said Harrison.

The second key point was that too many criminals are back out on the streets too soon, because they say bonds are too low and criminals are getting out of jail earlier than they should.

That’s something the FOP calls “catch and release.”

“In the last two months alone, we’ve had 119 people shot, 45 people stabbed, and 31 people killed in our capital city. I think the governor is responsive to the fact that those are numbers that cannot stand in Indianapolis,” said Rick Snyder, the president of the Indianapolis chapter of the Fraternal Order of Police.

It was a meeting both Rev. Harrison and Snyder say was a positive step forward and they hope makes a difference.

“I think the governor was very open to that conversation. It was good, frank, healthy conversation with the governor. You know, he has a lot to think about and reflect on,” said Harrison.

As for the Holcomb’s reaction, he didn’t speak to News 8 Monday.

This isn’t the last time lawmakers will here from this group.

The Indianapolis FOP and the Indiana FOP will be presenting Tuesday to the Senate Courts and Criminal Codes Committee on this same topic.