Inner Monk: There’s an app for that 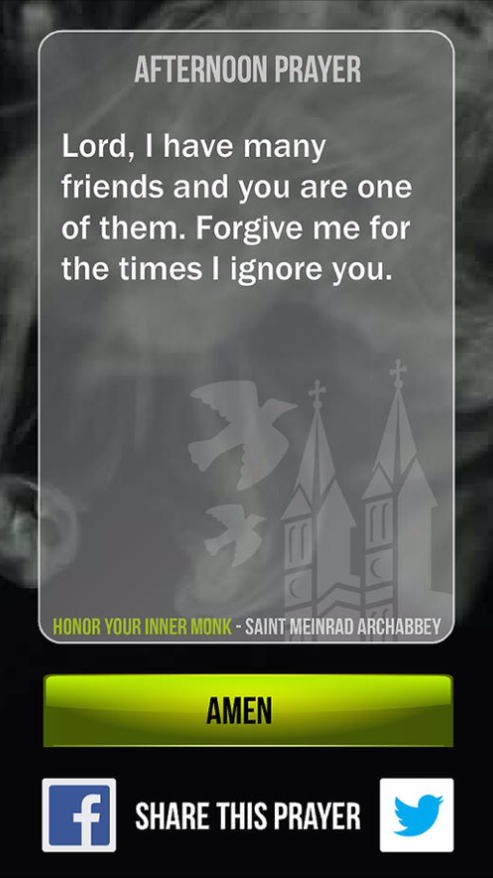 On Sunday, churches will be crowded as they celebrate Easter.But, what happens to religion after the holiday?

Studies show faith is very important to many Americans. Almost half pray every day.

A special place on a hill in southern Indiana designed an innovative way to encourage the spirit of prayer. That’s where we found John Mark Falkenhain and William Sprauer.

These two men from the St. Meinrad Archabbey are the creators of an app called “Honor Your Inner Monk.”

Brother John Mark, a psychologist before becoming a monk, told us “a lot of times, people think of monks in monasteries as belonging to the past. It’s ancient tradition that kind of stayed in the past.”

The app idea came from work with the National Catholic Youth Conference. “Our goal,” said Brother John Mark, “is to make our ancient tradition and our beautiful tradition always relevant to our current times.”

That’s where Brother William comes in. He spent five years as a software engineer before becoming a monk. He does help some of the older St. Meinrad monks with computer questions. But, the rest of his computer skills?

“I didn’t think that would actually be something I would do here,” he said.

The brothers have been surprised by the reception for their creation. “We were going to be excited, if we just had a thousand people download it,” said Sprauer.

They are now well over 15,000 downloads. So, they know adults found the app – not just the young people who were the initial target audience.

Brother John Mark said their interest is to help people acknowledge “that we all have this ‘inner monk’ who desires a very personal relationship with God.”

The app is not a Benedictine recruiting tool. Falkenhain said it is a way to help people be the best, most Christ-like person they can be.

“Christ in the gospels meets people where they are and then challenges them to take the next step.”

The brothers aren’t done, yet. They are working on an Inner Monk 2.0. They said it should be released soon.