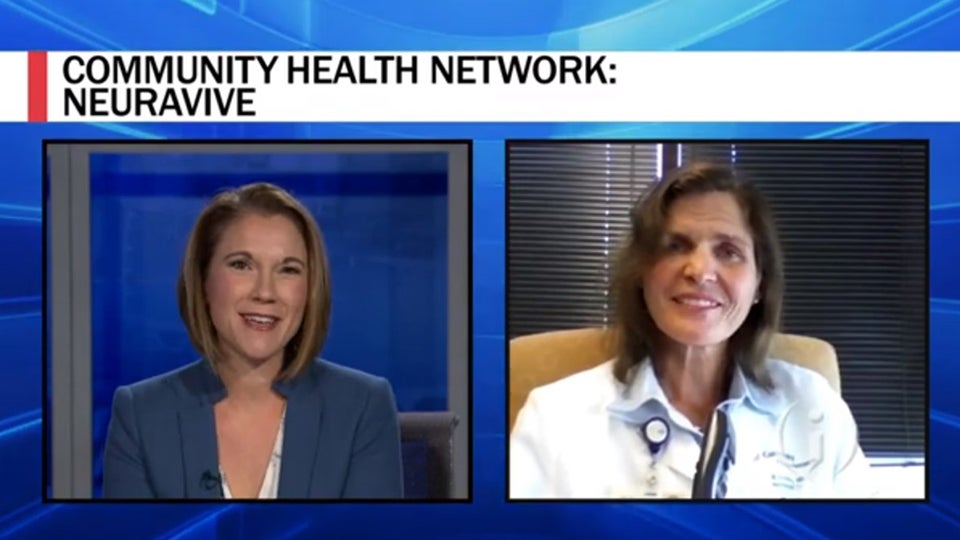 INDIANAPOLIS (Inside INdiana Business) — Community Health Network in Indianapolis says it is the only health system in the state to offer a cutting edge treatment called Neuravive, which uses ultrasound to alter tissue in the brain to relieve hand tremors. The procedure features no incisions or implants and is performed with the patient awake inside an MRI scanner. “In layman’s terms, we’re burning a tiny hole in the thalamus of the brain in a specific nucleus by using ultrasound…and that’s just the tremor center of the thalamus that we’re treating to make the tremor go away,” said Dr. Jill Donaldson, a neurosurgeon with Community.

Donaldson talked about the innovative procedure in an interview with Business of Health Reporter Kylie Veleta.

Neuravive treats what’s known as essential tremor, which is identified by the tremor getting worse when a person tries to pick up a utensil or glass of water, as opposed to a resting tremor, which more pronounced when the hand and arm is not being used. Donaldson says the condition can start relatively mild, but progress over time to become debilitating to the point of a person being unable to feed or dress themselves.

Donaldson says with the Neuravive treatment, it is imperative for the patient to be awake during the procedure.

“We actually do this as a series of sonications; it’s not like we set a target, hit a button and we’re done,” said Donaldson. “We start with relatively low temperature, low frequency, kind of align the ultrasound to make sure that we like the spot size and shape, location, and then we gradually increase the temperature range where we’ll see a reversible effect. So, we start to see the tremor gradually getting better.”

Donaldson says the procedure is interactive with the patient, who can provide feedback on how they’re feeling and test the improvement of their tremors by drawing a picture or even holding a cup of water to “make sure that we’re getting the right positive effect and the tremor is getting better with the treatment.”

The Neuravive procedure is not offered a many locations across the country, which Donaldson says has led to a lot of out-of-state patients coming to Community Health to get the treatment. She says the patients’ reactions have been powerful.

“Some of them are tearful. I mean, it is something that – it’s really hard to not have good use of your hands and if you can really improve that…the first thing they usually want is a cup of coffee because we don’t want them to eat or drink in the morning and they can hold their cup of coffee. It’s really amazing.”