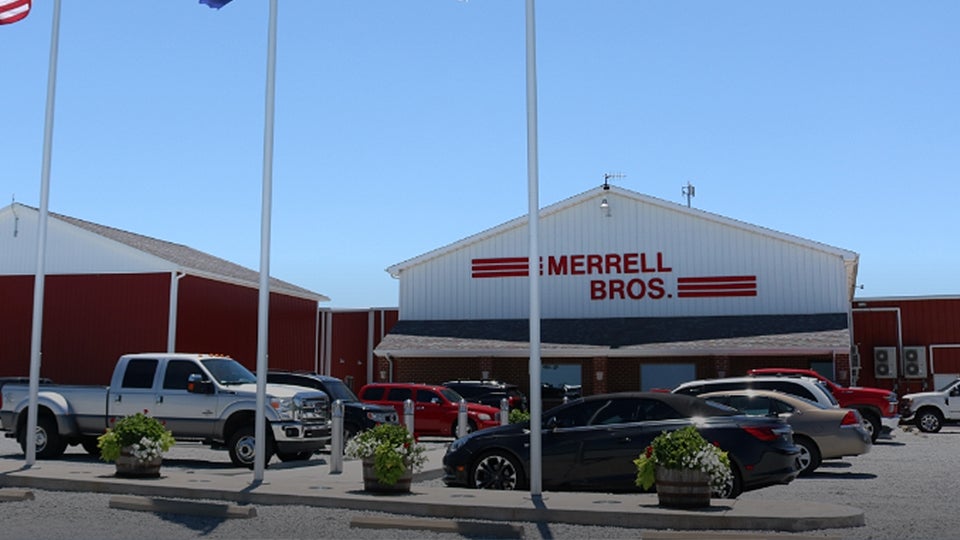 KOKOMO, Ind. (Inside INdiana Business) — Kokomo-based biosolids management company Merrell Bros. is expanding its portfolio with the addition of a new cleantech division.

The company has invested in and is partnering with 374Water, a cleantech company headquartered in North Carolina that has developed technology designed to transform sludge into clean water. Merrell Bros. Chief Business Development Officer Dustin Smith says the company plans to construct a new building on its Kokomo campus to produce the 374Water cleantech units and create an undetermined number of jobs.

In an interview with Inside INdiana Business, Smith said the relationship with 374Water was a “perfect fit.”

“We had the resources and ability to deploy the units and to really help them advance into the biosolids market,” said Smith. “And obviously, they had the technology that was very impressive.”

The cleantech units were developed at Duke University with the help of a grant from the Bill and Melinda Gates Foundation. The units look similar to shipping containers and have a Supercritical Water Oxidation (SCWO) reactor on the inside that 374Water says can convert 99.9% of the waste pumped into it to clean water and carbon dioxide in seconds.

“If [the waste streams] are organic in nature, as you pump that into this unit, the organics enter the reactor inside the machine and – under extreme pressure and extreme temperature – the organics in the waste stream that you pumped in are oxidized and essentially, they’re converted into CO2 and distilled water and then the only thing that remains at that point is the minerals that were left, anything that was inorganic…and those drop out,” said Smith. “It’s essentially the technology that we always dreamed of, being able to pump in a sludge or a waste stream and essentially get clean water and air out the other side.”

Smith says Merrell Bros. brings the ability to manufacture, assemble and deploy the 374Water units. He says the company has an exclusive agreement to begin the assembly, testing and deployment the first two units in Kokomo later this year.

“That’s really the difference where Merrell Bros. steps in is not only can we manufacture the units and ship them, but once they arrive on-site at a customer site, then our team comes on site, does the startup, the training, deploys the systems to ensure that they’re ran properly and it’s a successful installation. So, that’s really one of the reasons why 374Water was interested in Merrell Bros. being able to take it from start to finish.”

Merrell Bros. has already added three jobs to begin preparing for the build of the first two units. Smith says the new facility at the Merrell Bros. location will be dedicated to the 374Water technology.

“We want to be able to build multiple units at a time and at our current facility, we can build two units at one time but they’re in two different parts of the shop, and so we want to have everything housed under one building to be able to efficiently manufacture these units,” he said.

Smith says the overall number of new jobs created will depend on how quickly 374Water will be able to sell the cleantech units across the country, though he says the company will be ready to scale up as necessary.

Ultimately, Smith says the goal is to bring the cleantech units to parts of the world that doesn’t have ready access to clean water.

You can learn more about the SCWO technology by clicking here.