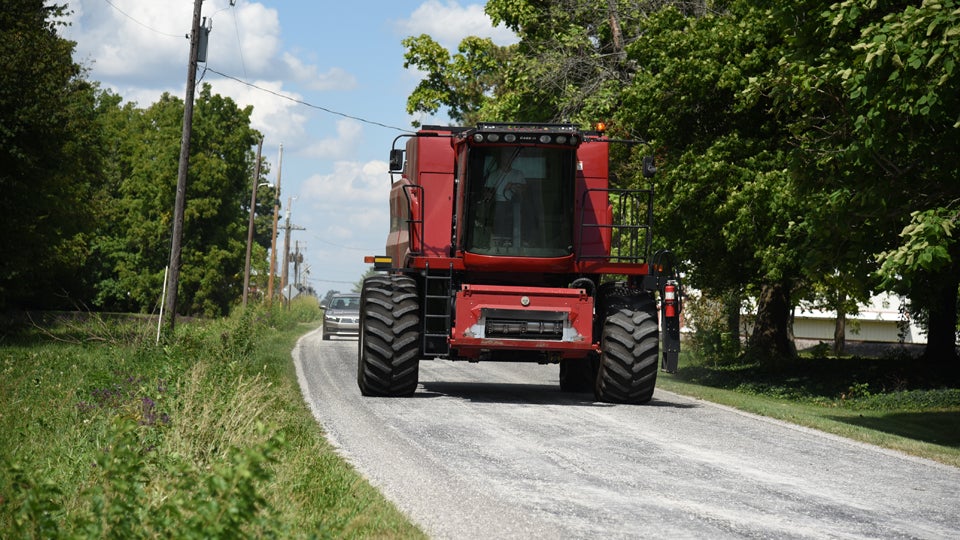 INDIANAPOLIS (Inside INdiana Business) — As harvest gets underway in Indiana, Hoosiers are urged to be careful on the farm and on rural roadways since the season can be especially dangerous. Purdue University’s Agricultural Safety and Health Program has released the annual Indiana Farm Fatality Summary.

The program shows 21 work-related on-farm deaths in the state in 2019, the fewest number of documented cases since 2013. Purdue says tractors and skid steer loaders were involved in at least eight of the 21 documented fatal farm incidents.

“The continued incidence of tractor rollovers indicates that a greater focus on the value of Rollover Protection Structures (ROPS) – especially on tractors used for mowing – could prove beneficial,” the report states.

Three of the victims were children under the age of 5, while 11 were 60 or older.

Meanwhile, the Indiana State Department of Agriculture has issued a safety reminder for drivers. Farmers are moving combines, grain carts and tractors from field to field during the harvest season.

Motorists often get frustrated behind those large, slow-moving pieces of farm equipment, which often travel at speeds no faster than 25 miles an hour.

“We want to encourage farmers and motorists alike to slow down, be patient and share the road,” said ISDA Director Bruce Kettler.

Motorists are encouraged to leave 10 minutes early and to be aware of alternate routes. ISDA says it is important to watch for wide vehicles, especially when approaching hills and curves in the road.

When attempting to pass farm equipment, always look for oncoming traffic. Kettler said farmers typically pull over for motorists when possible but may take some time to find a safe place to do so.

According to the U.S. Department of Agriculture, 5% of corn and 4% of soybeans have been harvested in Indiana as of Sunday.