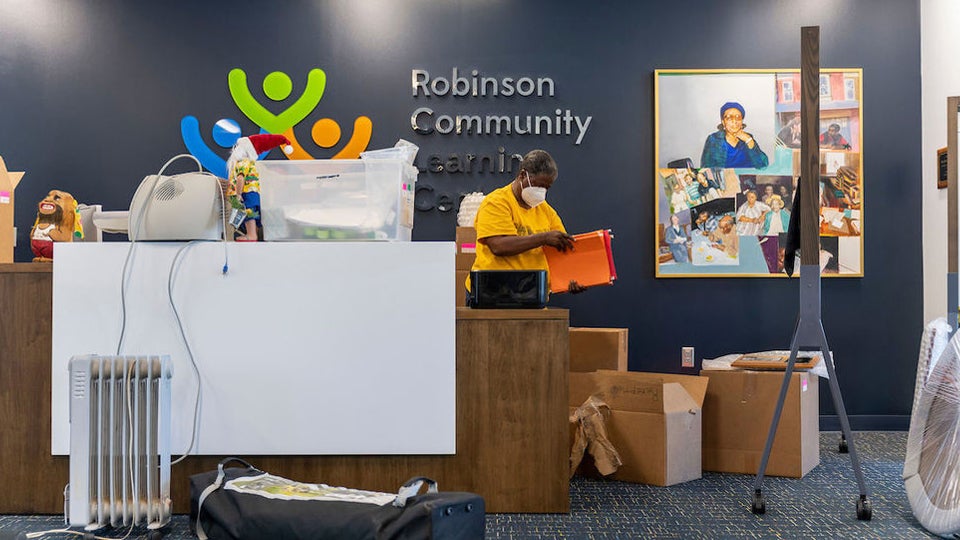 The university says plans for the new 12,600-square-foot off-campus learning center began in 2018.

Notre Dame President Reverend John Jenkins said, “The future of Notre Dame is inextricably linked to our neighbors and the health and wellbeing of their children. We could not be prouder of this milestone, the opening of a beautiful new building in which young and old alike will grow in community together.”

Notre Dame acquired the vacant former shopping center at Howard and Eddy streets in 1998, which included the former Goodwill store and an attached former grocery store in addition to a parking lot.

The university says the building is designed as a hub with two spokes: a west wing housing back-office and storage spaces and an east wing housing classrooms and other public and semi-public spaces.

In 2019, the university broke ground on the building as part of Phase II of Eddy Street Commons, the mixed-use development south of Notre Dame’s campus. ESC is a collaboration between the university and Indianapolis-based Kite Realty.