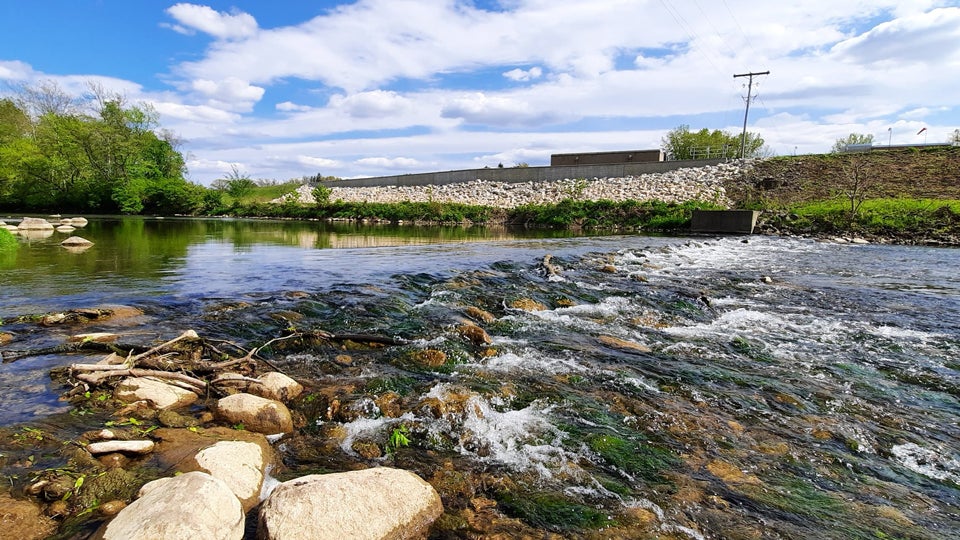 MUNCIE, Ind. (Inside INdiana Business) – The Muncie Sanitary District says it expects to complete construction of the Muncie Central Levee Trail this summer. The new one-mile, stone trail is being designed and constructed with grant funding from the Indiana Department of Natural Resources’ Recreational Trail Program.

The MSD says the trail starts at the Cardinal Greenway near the McCullouch Trailhead on the south side of the river and continues on the levee to the High Street Bridge.

Over the last eight years, the MSD says it has made other levee upgrades between High Street and the Cardinal Greenway, which is the central levee that protects the Mckinley neighborhood and the Muncie Central High School campus.

“If the levee is not in compliance with the Army Corps of Engineers, all property protected by the levee that has a federally backed mortgage would be obligated to pay flood insurance,” explained Smith.

The MSD’s central levee updates that satisfy the Army Corps mandates include:

While replacing the interceptor sewer pipe, the MSD says the contractor, Bowen Construction, found severe damage; one of two main sewer pipes under the river had collapsed. The MSD says the contractor discovered that a large piece of concrete had fallen onto the pipe during the demolition of the High Street Bridge when it was last rebuilt by the county about 20 years ago.

Muncie Sanitary District board member Joe Evans said the collapsed pipe was not releasing raw sewage into the waterway.

The MSD says its board of directors established a long-range multi-year plan to slowly bring the Muncie levee flood protection system into the Army Corps compliance.

The sanitary district says it has prioritized the levee projects based on protecting the greatest amount of property value. The central levee was the first priority in order to safeguard the high school. According to the MSD, the second priority was the wastewater treatment plant. The sanitary district says a levee failure at the wastewater plant could result in millions of gallons of raw sewage being released into the river. The third priority has been the Kitselman Trailhead.

The MSD says future priorities will be along White River Boulevard west of Wheeling Avenue; the only section of levee in the city that did not show high potential for catastrophic failures as determined by engineering studies.