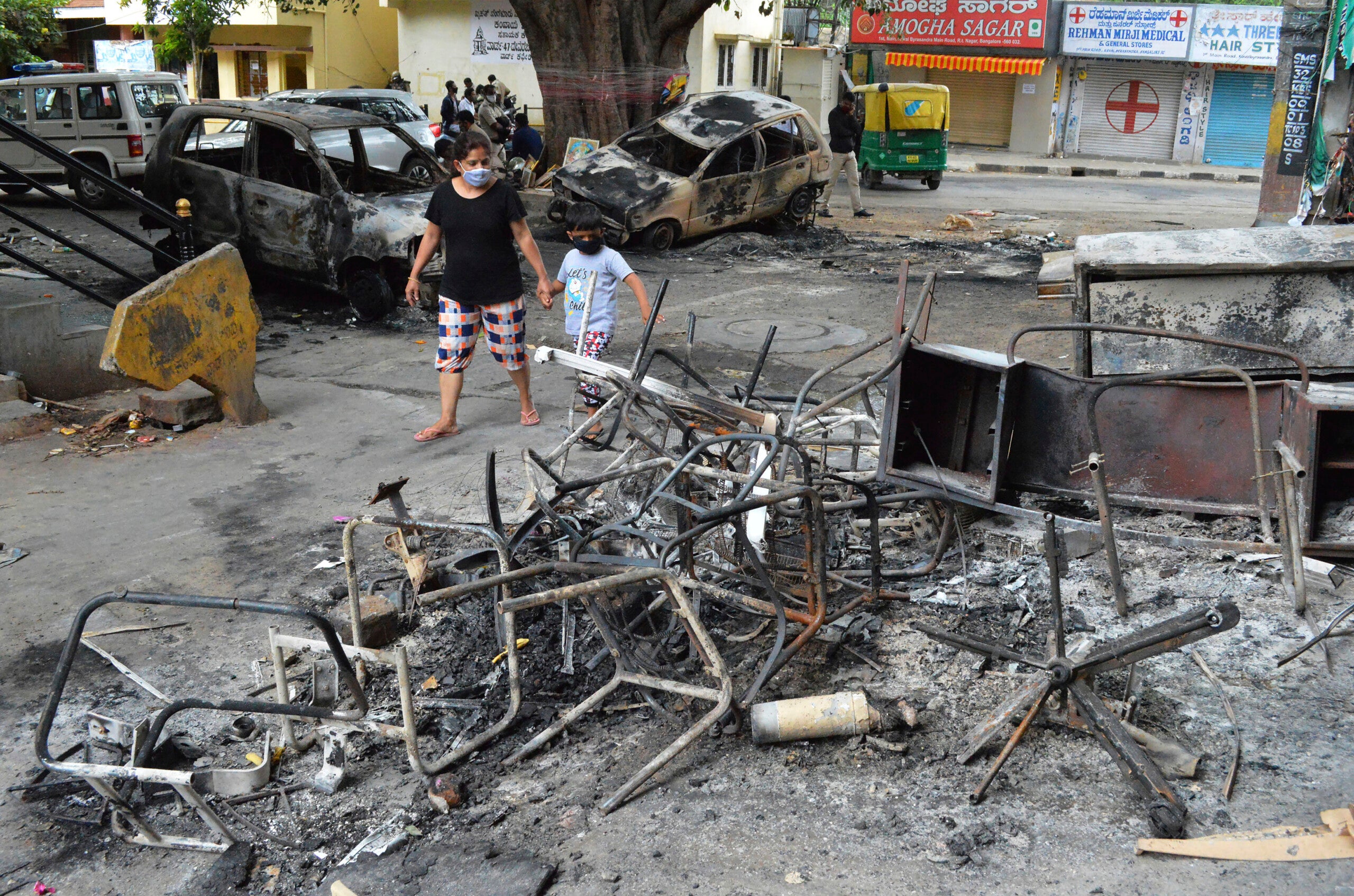 A woman and a child walks past the wreckage of vehicles and furniture burnt during violent protests in Bengaluru, India, Wednesday, Aug. 12, 2020. At least three people have died in the southern Indian city also known as Bangalore after hundreds of demonstrators clashed with the police overnight against a Facebook post considered offensive to Muslims, attacking a police station and setting fire to vehicles, police said Wednesday. (AP Photo)
by: Associated Press
Posted: Aug 12, 2020 / 06:19 AM EST / Updated: Aug 12, 2020 / 06:19 AM EST

NEW DELHI (AP) — At least three people were killed in the southern Indian city of Bengaluru when police clashed with hundreds of Muslims who attacked a police station and set fire to vehicles during a protest over a Facebook post considered offensive to Islam, police said Wednesday.

Senior police officer Kamal Pant said the protesters burned public and police vehicles and attacked the house of a local politician whose relative was accused of posting remarks online reportedly involving the Prophet Muhammad. The post has since been deleted, he said.

“Three people died in the police action and more than 110 people have been arrested for attacking the police station,” Pant said. He said at least 60 police officers were injured in the violence Tuesday night in Bengaluru, also known as Bangalore.

He said police fired live ammunition in self defense to disperse the crowd after initially using tear gas and batons.

Pant said the person responsible for the Facebook post was arrested and a law prohibiting gatherings was imposed in the city, with a heavy police presence in some areas.

“Things are peaceful now,” he said.

The violence flared when angry Muslims came out on the streets and started protesting outside the politician’s house and a police station. The protesters turned violent, stoning vehicles and setting them on fire.

B.S. Yediyurappa, chief minister of Karnataka state, of which Bengaluru is the capital, directed police to take strict action against those involved in the protest and appealed to the public to maintain peace.

“The government will not tolerate such provocations and rumors,” Yediyurappa said.

The violence in southern India comes months after communal riots in the national capital, New Delhi, in which more than 55 people, mostly Muslims, were killed.