African states soften call for more scrutiny of racism in US 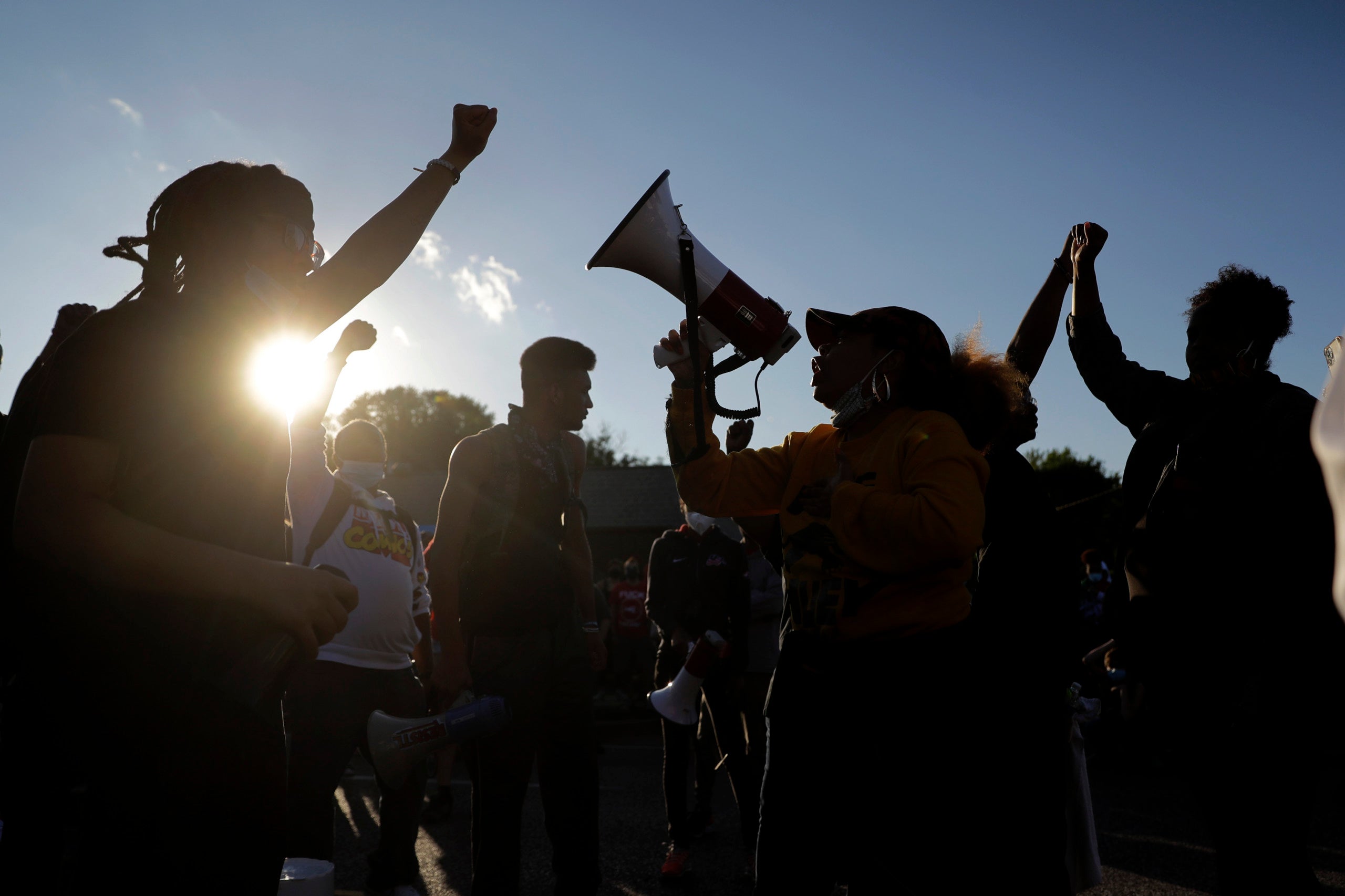 Protesters block a street outside the police station Wednesday, June 10, 2020, in Florissant, Mo. Demonstrators were calling attention to a video that appears to show a Florissant police detective, who has since been fired, striking a man with his police car during a recent pursuit. (AP Photo/Jeff Roberson)
by: JAMEY KEATEN, Associated Press
Posted: Jun 18, 2020 / 11:25 AM EST / Updated: Jun 18, 2020 / 11:25 AM EST

GENEVA (AP) — African countries on Thursday backed off their call for the U.N.’s top human rights body to launch its most intense scrutiny on the hot-button issue of police brutality and systemic racism in the United States, after American officials led back-channel talks to air opposition to the idea, diplomats said.

The Africa Group was reworking a draft resolution but had already cut out language calling on the Human Rights Council to set up a commission of inquiry — its most potent tool of scrutiny — to examine issues like systemic racism and abuse against “Africans and of people of African descent” in the U.S. and beyond, said the diplomats, who were part of the talks.

Once tabled, the text was expected to come up for a vote on Friday or Monday, the council office said. The wording of the text could still change, diplomats cautioned.

The diplomats, from Western and African countries, spoke on condition of anonymity because of the sensitivity of the matter.

The “outreaching” — as one European diplomat put it — by U.S. officials to other delegations on the issue comes even though the United States sits on the sidelines: The Trump administration pulled the U.S. out of the 47 member-state council in 2018, citing its alleged anti-Israel bias and acceptance of autocratic regimes with pock-marked rights records as members.

The council on Thursday wrapped up an urgent debate on racism and police brutality that was called in the wake of the George Floyd killing last month that sparked Black Lives Matter protests worldwide. But the draft resolution from the Africa Group was still being finalized, diplomats said.

Floyd, a black man, died on May 25 after a white Minneapolis police officer pressed a knee into his neck for several minutes as he pleaded for air and eventually stopped moving.

The European diplomat said the U.S. government clearly opposed any such commission, and he insisted the U.S. and others “will have to maneuver very carefully: Racism is an important subject … you have to be on the right side of history.”

Another European diplomat credited the Africa Group for taking more time to flesh out its resolution and give other delegations time to send it back to their capitals. African negotiators “did not want to create chaos and a mess … Everybody wants it to be adopted by consensus,” he said.

One West African diplomat said “pushback” from powerful countries in such cases was common, and the U.S. was no exception. Asked whether U.S. officials had pressured any countries, a diplomat from southern Africa quipped: “What do you think? I think you know the answer.”

In a statement to reporters Thursday, U.S. Ambassador Andrew Bremberg acknowledged “shortcomings” in the United States including racial discrimination and that “we are not above scrutiny,” but said “any resolution on the topic that calls out countries by name should be inclusive, noting the many countries where racism is a problem.”

Some Western countries argued the U.S. is a democracy with a solid, transparent legal system and didn’t deserve the same level of commission-of-inquiry scrutiny like that trained on countries like Syria, whose government has fought a civil war has left hundreds of thousands of people dead.

Rivals like China and Russia derided America’s longstanding troubles with racial discrimination, and African states insisted that now is the time to help the United States to address and rectify its past shortcomings with racism and police brutality against black citizens once and for all.