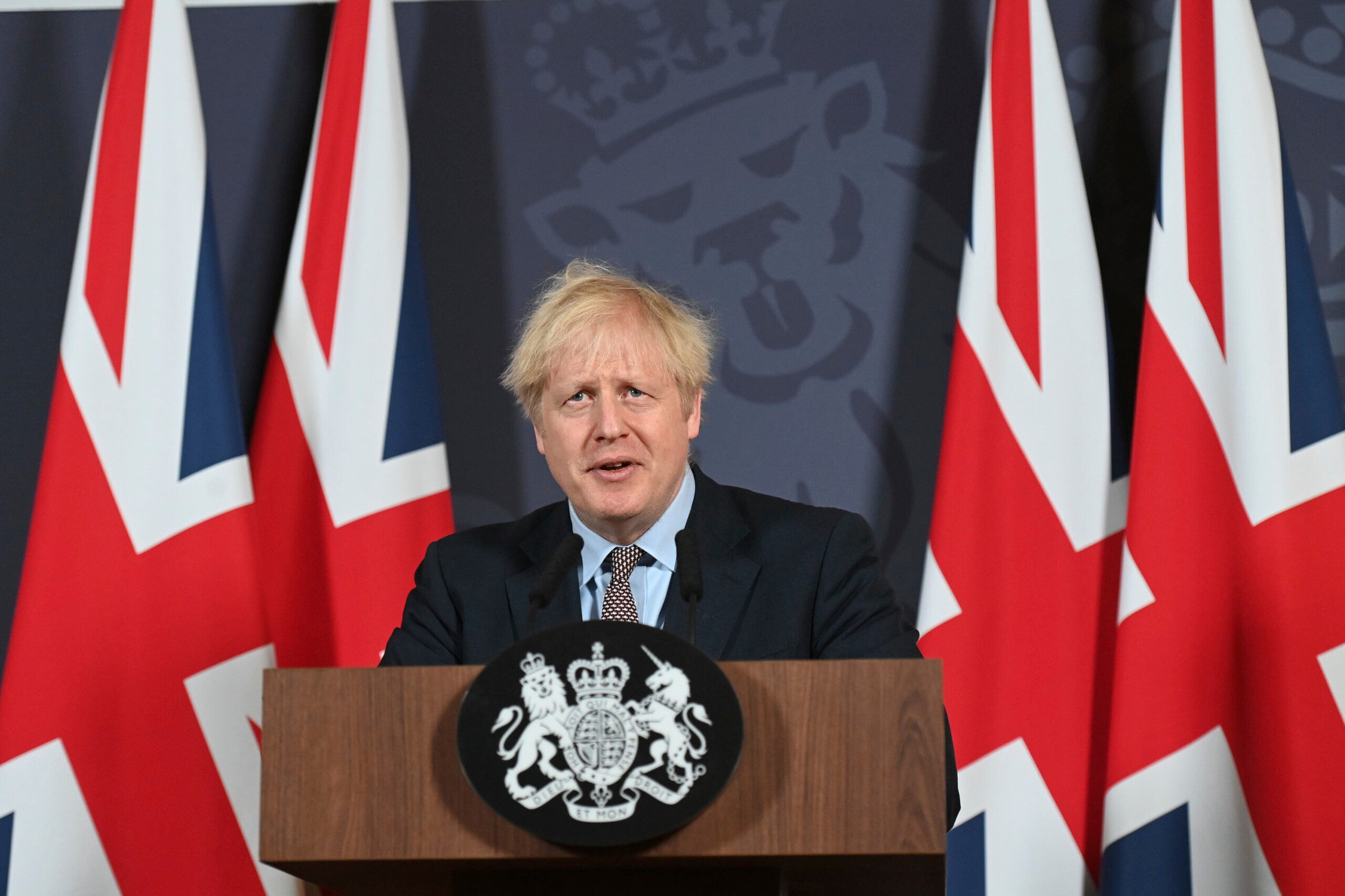 Britain's Prime Minister Boris Johnson speaks during a media briefing in Downing Street, London, Thursday, Dec. 24, 2020. Britain and the European Union have struck a provisional free-trade agreement that should avert New Year's chaos for cross-border commerce and bring a measure of certainty to businesses after years of Brexit turmoil. The breakthrough on Thursday came after months of tense and often testy negotiations that whittled differences down to three key issues: fair-competition rules, mechanisms for resolving future disputes and fishing rights. (Paul Grover/Pool Photo via AP)
by: Ivana Kottasová and Lindsay Isaac, CNN
Posted: Apr 28, 2021 / 06:51 AM EST / Updated: Apr 28, 2021 / 06:51 AM EST

The UK’s Electoral Commission said in a statement Wednesday that there “are reasonable grounds to suspect that an offence or offences may have occurred. We will therefore continue this work as a formal investigation to establish whether this is the case.”

Johnson has been under pressure to explain how he paid for the renovations to the apartment, which British news outlets have reported cost around £200,000 ($280,000).

Dominic Cummings, who left his role as Johnson’s former chief adviser late last year after gaining a reputation as the driving force behind the Prime Minister’s Brexit policy and re-election, alleged in a blog post that Johnson planned to have Conservative Party donors pay for the upgrade.

A Number 10 spokesperson told CNN that the government has “transparently laid out the historic expenditure” and that “any costs of wider refurbishment … have been met by the Prime Minister personally.”

The commission added in its Wednesday statement that “the investigation will determine whether any transactions relating to the works at 11 Downing Street fall within the regime regulated by the Commission and whether such funding was reported as required.”

CNN has reached out to the PM’s office for comment