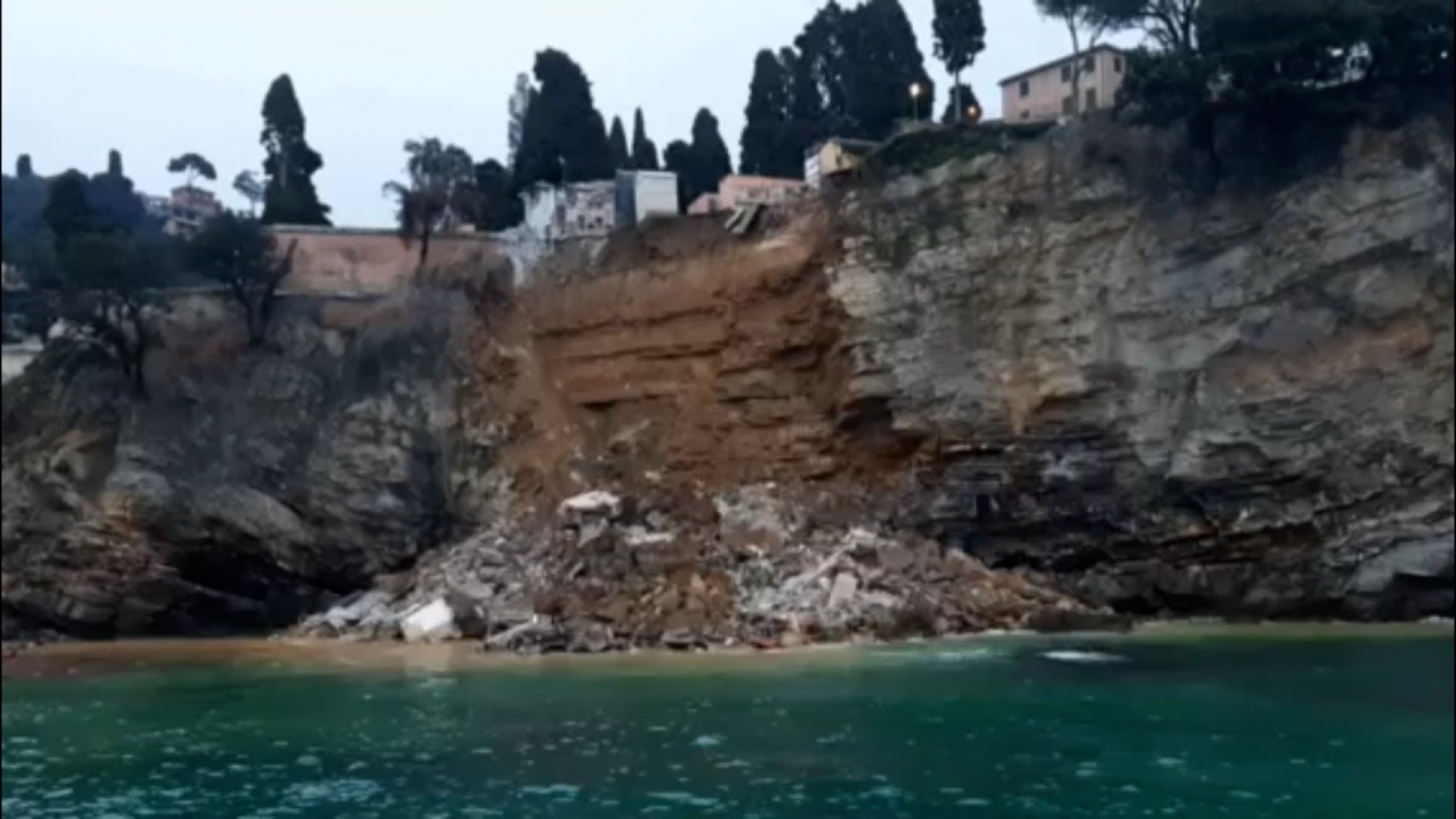 The Camogli cemetery, built more than 100 years ago, is situated along an area of rocky seaside cliffs. Francesco Olivari, the mayor of Camogli, called the collapse an "unimaginable catastrophe." (Provided Photo/Press office of the Region of Liguria via CNN)
by: Valentina Di Donato and Amanda Jackson, CNN
Posted: Feb 24, 2021 / 04:38 AM EST / Updated: Feb 24, 2021 / 04:38 AM EST

(CNN) — A landslide on the Italian coast near Genoa caused the collapse of a cemetery Monday, leading to hundreds of coffins falling into the sea.

The Camogli cemetery, built more than 100 years ago, is situated along an area of rocky seaside cliffs. Francesco Olivari, the mayor of Camogli, called the collapse an “unimaginable catastrophe.”

It is estimated that 200 coffins had fallen, but only 10 have been recovered, according to Giacomo Giampedrone, regional assessor of civil protection. Recovering the rest of them “will depend on the sea in the coming days,” he added.

On Saturday, maintenance being performed along the area of fragile coastline was abruptly stopped when workers noticed cracks in the rock.

“We were doing work on a portion of the rocky coast — it was close to the area that fell today,”Olivari told CNN on Monday. “Some signs of fissures were seen. We decided to close the cemetery.”

He said that they called officials at the Office of Civil Protection in Liguria to intervene and evaluate the situation. A team of geologists with the department is using drones to get a better sense of the damage and determine if there is danger of another landslide.

Giampedrone said the port authority of Genoa blocked the coastal area below the cemetery Monday night to keep the coffins from floating out to sea.

On Tuesday after surveying the site, officials said they will continue work on recovering the coffins and corpses.