Myanmar junta offers ceasefire to some, as UN envoy warns of ‘bloodbath’ 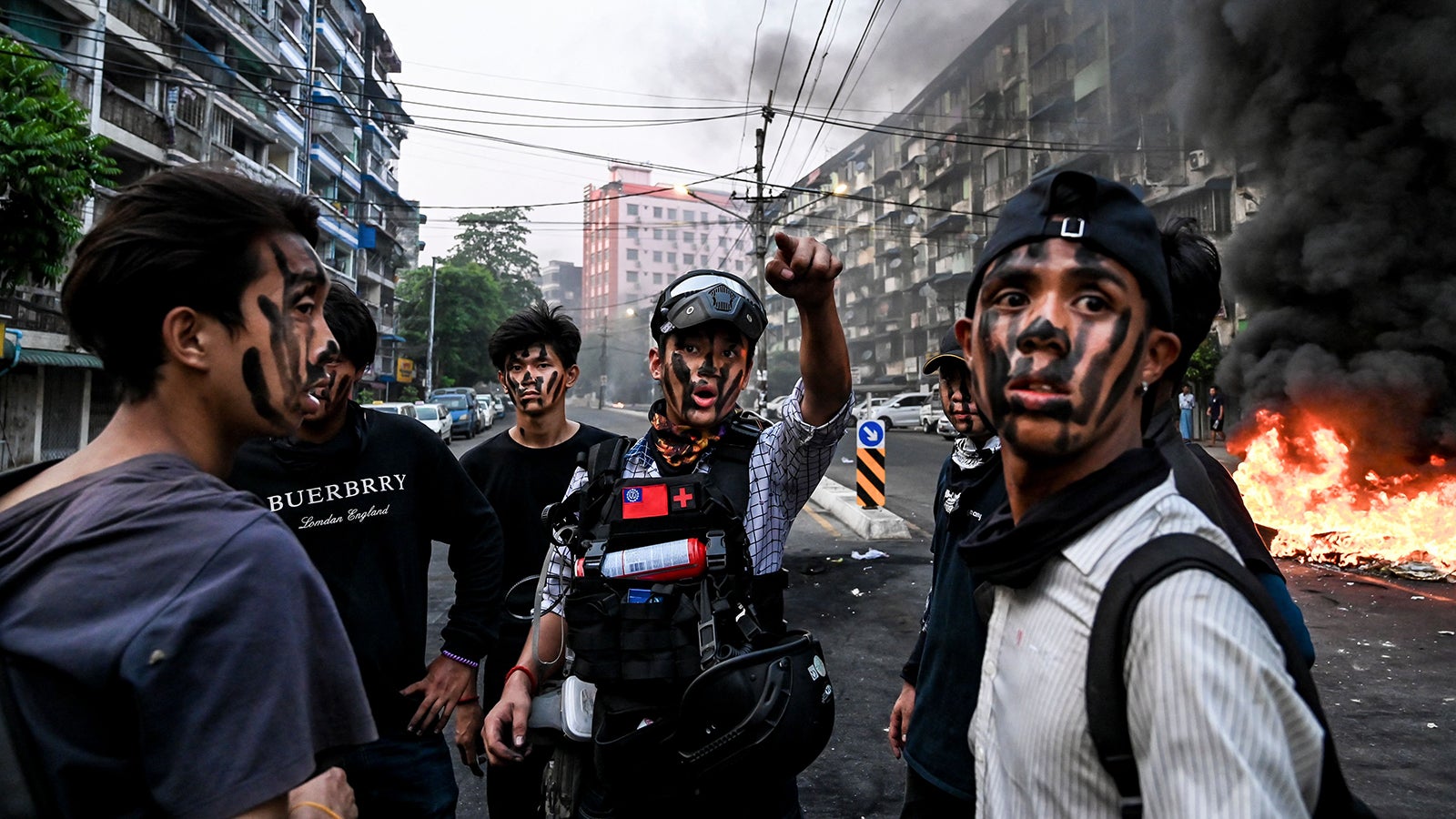 (CNN) — As the United Nations Security Council discussed Myanmar’s military coup on Wednesday, the country’s junta declared a “ceasefire” — though it said it would continue to respond to “actions that disrupt government security and administration.”

The ceasefire appeared to refer to actions taken against ethnic armed groups, where fighting has increased since the junta’s seizure of power in a coup on Feb. 1. The statement, carried on Myanmar’s state television MRTV, called on ethnic armed groups to “keep the peace” and said the military would “suspend its operations unilaterally from April 1 to April 30.”

Excluded from the peace, however, are those who “disrupt” government security.

Pro-democracy demonstrators have repeatedly filled streets in Myanmar for nearly two months in protest over the detention of elected leader Aung San Suu Kyi and key government officials. The response by security forces has seen unarmed civilians shot in the street, and beatings, arbitrary detentions and nighttime raids on the homes of suspected opposition members. This weekend saw the bloodiest crackdown yet, with at least 114 people killed on Saturday.

CNN has reached out to Myanmar’s military for comment.

Since Saturday, the military has been conducting airstrikes in Karen state, forcing thousands of residents to flee into the jungle and neighboring countries.

Many of the villages targeted are controlled by the Karen National Union (KNU), an ethnic armed group that holds large swathes of territory in the borderlands. The KNU is one of many ethnic armed groups to have come out in support of the protests and to condemn the military takeover.

Special envoy for Myanmar Christine Schraner Burgner warned the Security Council on Wednesday that a “bloodbath is imminent,” and urged the international community to step in. More than 520 people have been killed since the coup, she said.

“Looking back ten years from now, how will history judge this inaction? I hope you can act while there is still time to avoid the worst outcome by overcoming caution and disagreement,” Burgner told the Security Council members at a private meeting.

Ahead of the meeting, Myanmar’s Permanent Representative to the United Nations Kyaw Moe Tun had highlighted concerns about civilians’ safety in a letter to the UN Secretary General that called for “effective action without delay” to restore democratic leadership.

“The people of Myanmar feel helpless and are seeking urgent help from the international community to save lives of the innocent civilians,” the letter read.

He appealed to the United Nations and international community for protection of the Myanmar people against the military, assistance for all people in need, declaring a no-fly zone to prevent future airstrikes, tougher sanctions and freezing of military bank accounts, an immediate arms embargo and suspension of foreign direct investment.

However, the Security Council concluded its meeting Wednesday evening with no immediate sign of any agreement on more aggressive actions on Myanmar.

The 15-nation council could still issue so-called “press elements,” according to one diplomat who requested anonymity. Such elements could express the council’s deep concern, call on Myanmar’s military to exercise the utmost restraint, or show support for the work of Schraner Burgner.

China has asked for time to check with Beijing, according to the same diplomat. If agreed, the press elements could be adopted Thursday.

But their effect would be limited. With major power division blocking stronger wording or threats, such elements would give much cause for concern to Myanmar’s junta leader. Furthermore, they would not constitute the kind of formal resolution that carries international legal clout.

“We will give careful consideration to what further steps can to be taken,” said the UK Ambassador to the United Nations Barbara Woodward. “All measures are at our disposal,” she added.

China’s Ambassador to the UN Zhang Jun condemned bloodshed, and encouraged the international community to “step up diplomatic efforts and encourage the parties to narrow differences so as to find a way out,” but emphasized his country’s long-held resistance to stronger measures.

“One-sided pressure and calling for sanctions or other coercive measures will only aggravate tension and confrontation and further complicate the situation, which is by no means constructive,” he said in a statement.

Meanwhile, a group of ousted Myanmar lawmakers have revealed plans to form a transitional government to counter the military junta themselves.

The Committee Representing Pyidaungsu Hluttaw (CRPH) released on Wednesday an interim government roadmap that, among other things, calls for escalating the country’s civil disobedience movement “to weaken and bring to a standstill the governance mechanism of the council of military junta.”

The group also said that it aimed to “abolish” the country’s existing constitution — which reserves parliamentary seats for the military — and released a charter document that envisions the creation of a future democratic federation in Myanmar.

Myanmar’s military regime has said that the work of the CRPH is considered high treason under the Constitution, and warned its members and those working with them could face stiff punishment.