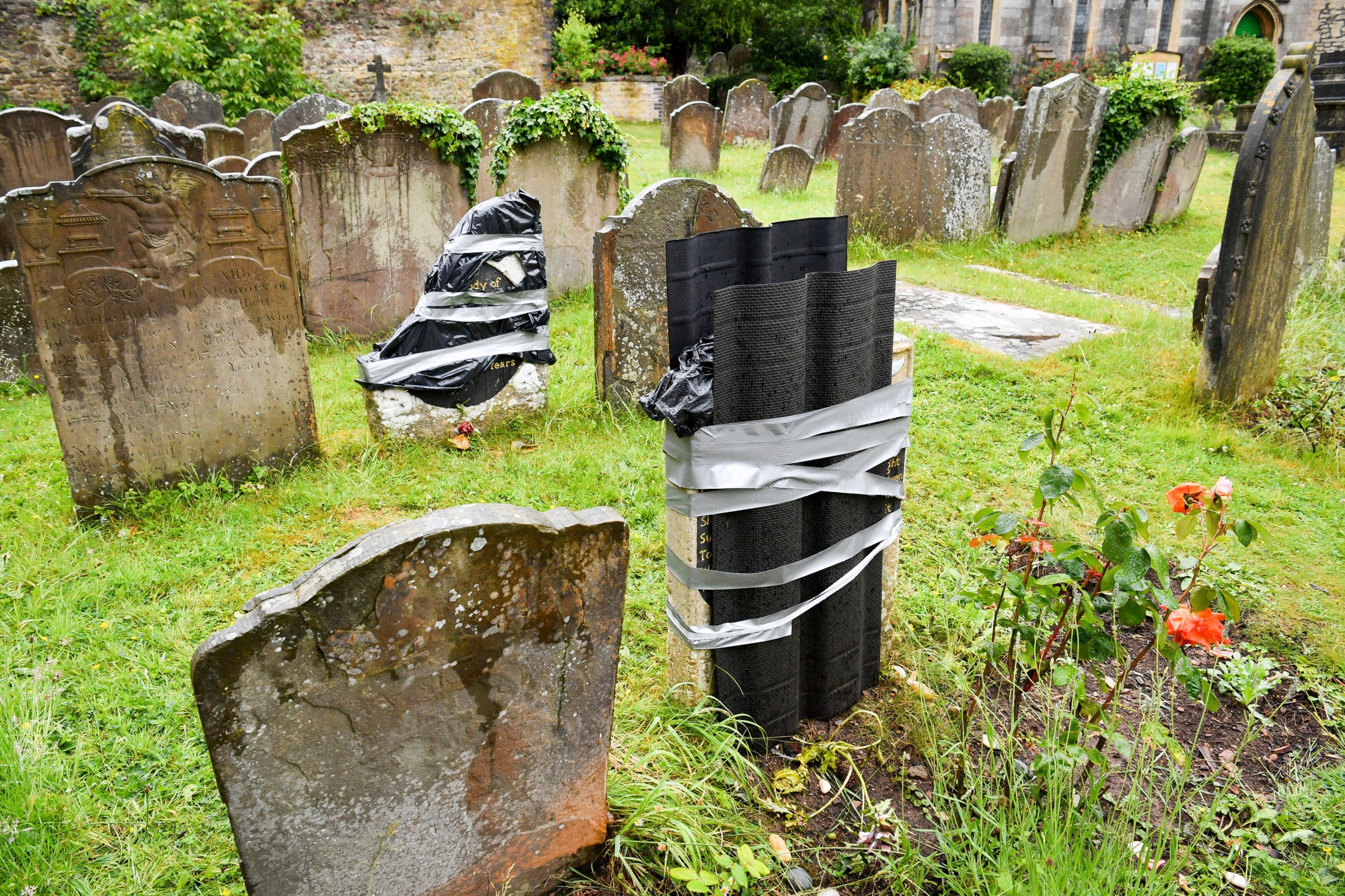 The damaged headstone and footstone on the grave of an enslaved African man, in St Mary's churchyard, in Bristol, England, Thursday June 18, 2020, which have been vandalised in an apparent "retaliation attack" following the toppling of a statue of slave trader Edward Colston during anti-racist protests held in the wake of the killing of George Floyd in the US. The Grade II-listed, brightly painted memorial to Scipio Africanus have been smashed and a message was scrawled in chalk on flagstones nearby. (Ben Birchall/PA via AP)
by: Associated Press
Posted: Jun 18, 2020 / 12:02 PM EST / Updated: Jun 18, 2020 / 12:02 PM EST

LONDON (AP) — British officials said Thursday the grave of an enslaved African man has been vandalised in an apparent “retaliation attack” after protesters in the city of Bristol toppled the statue of a prominent slave trader.

Two headstones in memory of Scipio Africanus, who lived in Bristol in the 18th century, were smashed. A message scrawled in chalk nearby called for the statue of Edward Colston to be put back or “things will really heat up.”

The brightly-painted memorial, in a churchyard in Henbury, Bristol, is listed as a structure of historical interest to be preserved.

“This looks like a retaliation attack for the recent events involving the Colston statue,” local official Mark Weston said.

Police said they have received a report of criminal damage to a monument at Henbury Parish Church. It said it believed the incident took place on Tuesday or Wednesday, and appealed for anyone with information to come forward.

Historic England said the tomb was an early example of a memorial to a man born into slavery and who ended his life as a servant in an English aristocratic household. He died on Dec. 12, 1720.

During his life, Scipio Africanus was a servant to Charles Howard, the 7th Earl of Suffolk.

Earlier this month, protesters attending a Black Lives Matter demonstration toppled a bronze statue of Colston from its plinth in Bristol city center. The statue was dragged to the harbor and dumped into the water.

Bristol officials have retrieved the statue and said it will be displayed in a museum, together with placards from the anti-racism protest.