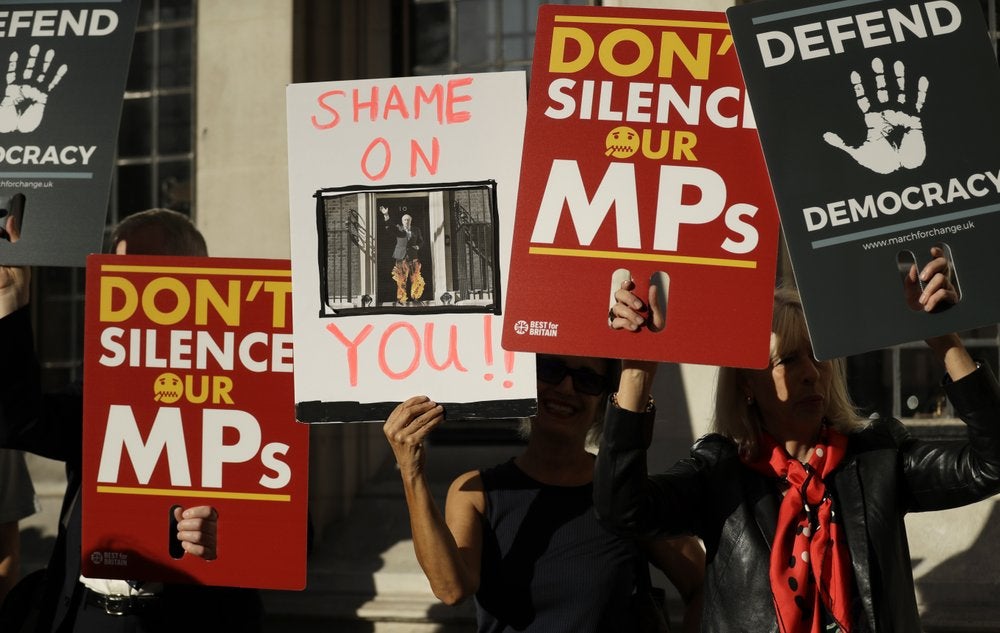 LONDON (AP) — Britain’s Supreme Court opened proceedings Tuesday to decide whether Prime Minister Boris Johnson broke the law when he suspended Parliament just weeks before the U.K. is due to leave the European Union, in a case that pits the powers of elected lawmakers against those of the executive.

Johnson sent lawmakers home from Sept. 9 until Oct. 14, which is barely two weeks before the scheduled Brexit day of Oct. 31.

The decision outraged many lawmakers, who say it’s designed to prevent them from challenging his plan to take Britain out of the EU next month, with or without a divorce deal.

The suspension sparked legal challenges, to which lower courts have given contradictory rulings. England’s High Court said the suspension was a political rather than legal matter, but Scottish court judges ruled last week that Johnson acted illegally to avoid democratic scrutiny.

The U.K.’s top court is being asked to decide who was right, in a case scheduled to last up to three days.

Johnson says the suspension is routine, and will allow his government to launch its domestic agenda with a new session of Parliament.

Government lawyers argue in a written submission that the issue is “intrinsically one of high policy and politics, not law.”

“There are no judicial or manageable standards by reference to which the courts could assess the lawfulness of ministerial decisions,” they argue.

Opponents, who include opposition lawmakers and transparency campaigner Gina Miller, accuse the government of an illegal abuse of power designed to sideline lawmakers.

In a written submission to court, Miller’s lawyers argue that Johnson had “sought to frustrate” Parliament.

“The evidence shows that the prime minister, at best, improperly regards Parliament as an irrelevance,” and at worst a handicap to his plans, they said.

The Supreme Court must decide two questions: Is this a matter for the courts; and, if so, did the government break the law?

The court is due to hear Tuesday from lawyers for Miller and the government.

There will be submissions later from the governments of Scotland and Wales and former Prime Minister John Major — all supporting the challenges to the government — and from a Northern Ireland campaigner who argues a no-deal Brexit would endanger the peace process there.

Johnson hasn’t said what he will do if the judges rule the suspension illegal. He told the BBC he would “wait and see what they say.