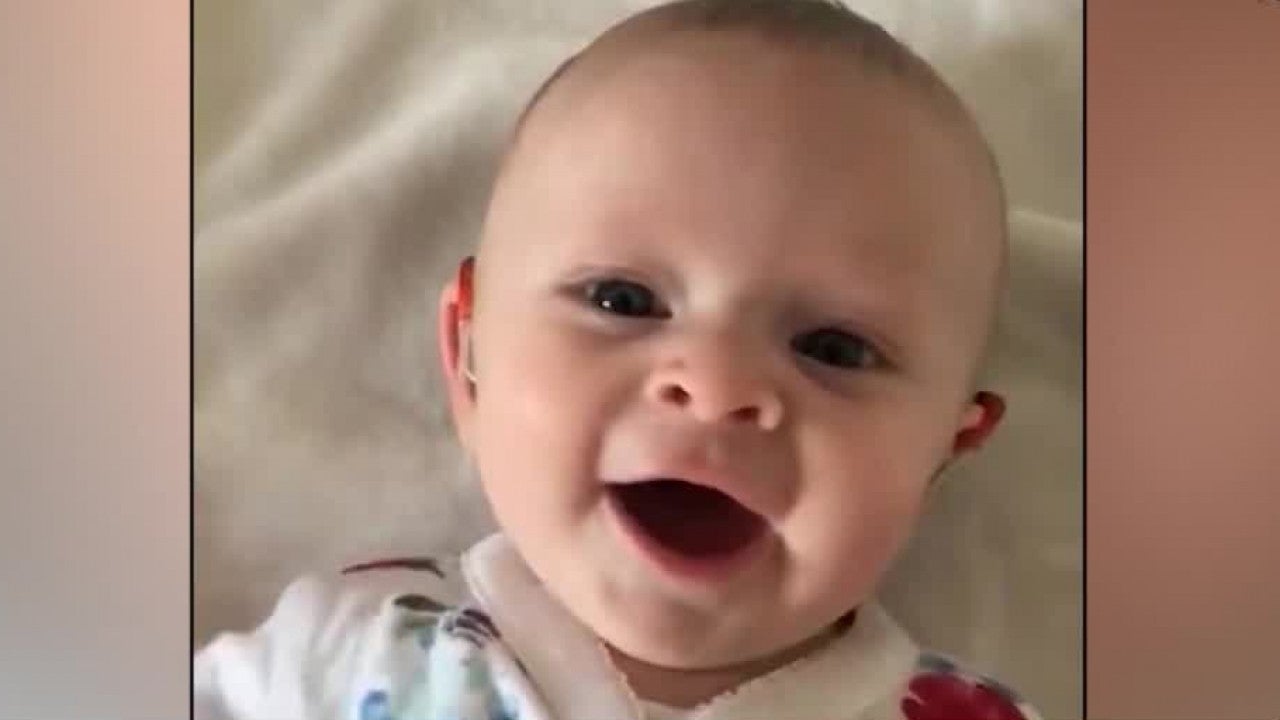 HARROGATE, England (WISH) — A video out of England is going viral for all of the right reasons.

A baby girl is seen bursting with joy when her hearing aids are turned on and the video is lighting up social media.

The girl’s father, Paul Addison, said he and his wife first found out about their daughter Georgina’s hearing difficulties when she failed her newborn hearing test.

Georgina was referred to an audiologist, diagnosed with severe deafness, and the doctor suggested the family try hearing aids.

They took the advice and Georgina, now four months old, was outfitted with hearing aids from the United Kingdom’s National Health Service just over a month ago.

Addison posted the video on Twitter because he wanted the world to know the joy his family experiences when Georgina’s new hearing aids are turned on each day.

The sweet video has gone viral with more than 700,000 views so far.