ISTEP test to be replaced for high school students 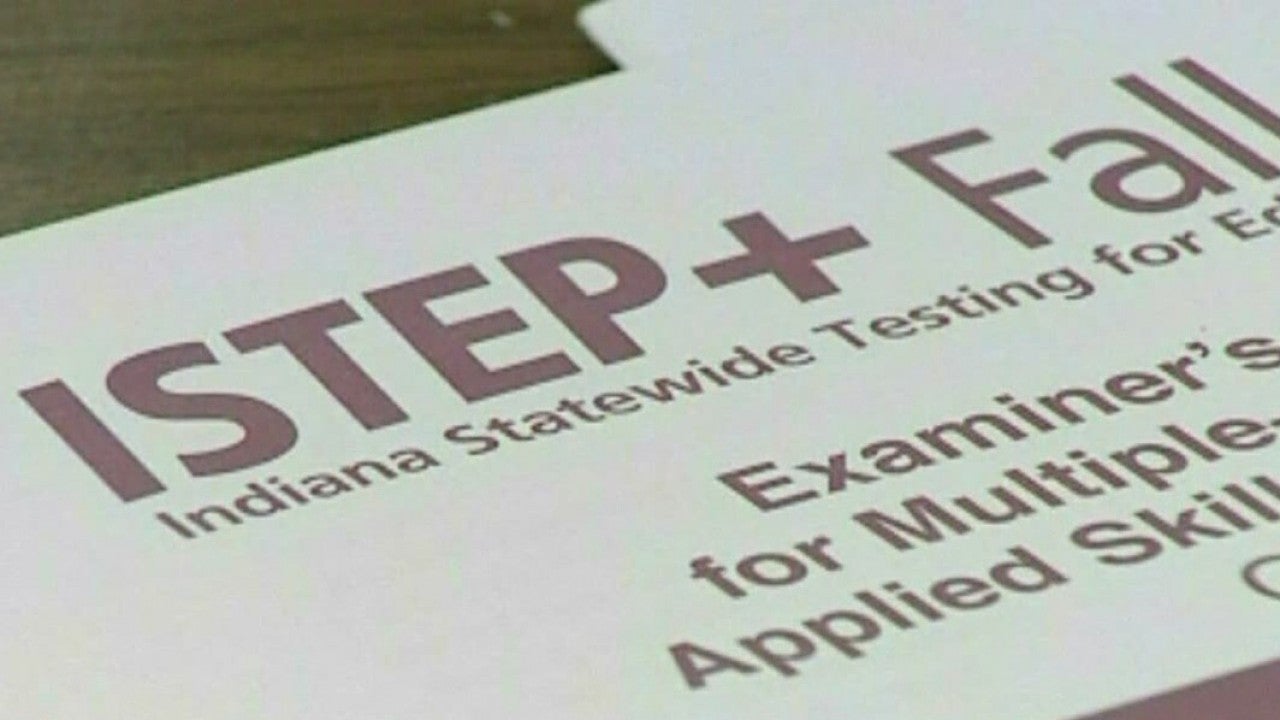 Big changes are on the way for standardized testing in your child’s school.

But it won’t be as soon as many expected, which is raising some questions.

We spoke with Jennifer McCormick, state superintendent of public instruction.

McCormick said children in third through eighth will start to switch to the ILEARN — Indiana’s Learning Evaluation Assessment Readiness Network — test next year.

If your children are in high school, they’ll have to wait longer for the change.

“The ISTEP high school exam will go on for another two years,” McCormick explained.

When asked why Indiana’s much-maligned test is staying a while longer, McCormick said it’s partly because of graduation requirements and making sure a nationally recognized exam is vetted.

“It has to be looked at regarding Indiana standards. So, it’s gonna take some time. We wanted to get it right and not be sloppy,” McCormick said.

Lawrence Township Schools leaders said they’ve dealt with computer test problems and heard concerns from parents and schools about not getting test results back for months on end.

“Students would take the first part of the exam in February/March. The second part of the exam April/May. But we didn’t get results back for months and months and months.That really was challenging for families, not knowing how their students were doing,” Troy Knoderer, director of curriculum, instruction and professional development for Lawrence Township Schools said.

Lawrence North High School Principal Brett Crousore said he hears parents question the tests’ validity, as well as whether the test accurately shows what students are able to do and what they’ve learned.

“I would contend it’s not. There’s a lot of skills that students have today that are not reflective in a test. I think we need to find something that prepares our students for their ‘next’.If their ‘next’ is college, great. If their ‘next’ is the workforce, great for them,” Crousore said.

At the state level, the Department of Education said there are two possibilities for what could replace ISTEP. The SAT or ACT are two options. But in schools including Lawrence North High School, administrators have questions.

“Is the SAT for example prepared to be a high school proficiency exam versus demonstrating whether a student’s ready for college or not?” Knoderer asked  “Those are pieces we’ve got to work through.”

Crousore said if your child is in seventh grade in the 2017-2018 school year, they’ll be the first class to take the new test.

Crousore added he feels like this extra time and the education bill signed into law a couple weeks ago, will allow schools to figure out what he calls pathways for students who might want to go to work instead of college: “Right now, we’re putting students into multiple math classes, multiple English classes and not necessarily in workforce readiness classes. This change is going to allow us to get them into pathways and help them be more prepared for their next.”

Crousore said the rollout of whatever new test the state decides to put in schools will be gradual, over about five years.

To read legislation that mandates the replacement of the ISTEP test, click here.