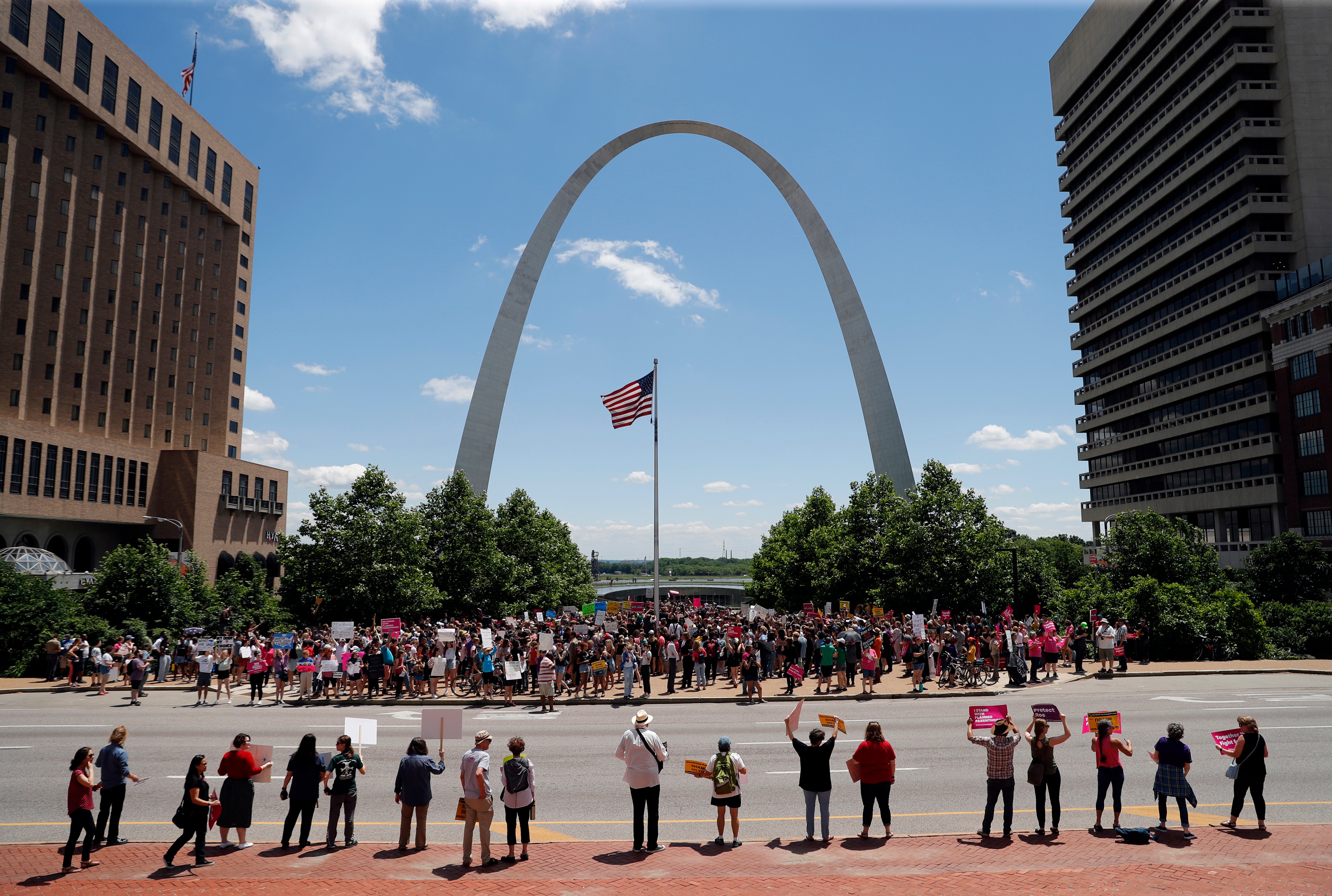 ST. LOUIS (AP) — A judge is deciding whether to ensure Missouri’s only abortion clinic can keep its license past Friday, the latest development in a decades-long push by abortion opponents to get states to enact strict rules on the procedure.

Like many states, Missouri over the years enacted a series of regulations, ranging from waiting periods before women can receive abortions to rules on the width of clinic doors. Abortion-rights supporters say the rules are arbitrary and are intended to shutter abortion clinics, while abortion opponents say they’re aimed at protecting women and ensuring proper patient care.

It’s not a “pro-life issue at all,” Missouri Republican Gov. Mike Parson said in defending the state’s reluctance to renew Planned Parenthood’s license to perform abortions at a St. Louis clinic. “This is about a standard of care for women in Missouri, whether it’s this clinic or any other clinic or any other hospital, they should have to meet the same standard.”

Parson recently signed a bill that bans abortions on or beyond the eighth week of pregnancy, with exceptions for medical emergencies but not for rape or incest. But even before that law takes effect Aug. 28, strict regulations in Missouri have limited access to the procedure, according to abortion-rights supporters.

Planned Parenthood says a Missouri law requiring physicians who provide abortions to partner with a nearby hospital, which many hospitals have been unwilling to do, resulted in a Columbia clinic losing its license to perform abortions in 2018. That left the St. Louis clinic as the only one providing the procedure.

If the St. Louis clinic’s license is not renewed before it expires at midnight Friday, Planned Parenthood officials said Missouri would become the first state without a functioning abortion clinic since the 1973 Roe v. Wade Supreme Court decision legalizing abortion.

Circuit Judge Michael Stelzer heard an hour of arguments Thursday on Planned Parenthood’s request for a temporary restraining order that would prohibit the state from allowing the license to lapse. It isn’t clear when Stelzer will rule.

The Department of Health and Senior Services said March inspections at the clinic uncovered deficiencies. The agency cited “at least one incident in which patient safety was gravely compromised.” It also cited what it called “failed surgical abortions in which women remained pregnant,” and an alleged failure to obtain “informed consent.”

The nearest clinics performing abortions are in a Kansas suburb of Kansas City and in Granite City, Illinois, just across the Mississippi River from St. Louis. The Kansas clinic is about 260 miles (420 kilometers) from St. Louis.

The number of abortions performed in Missouri has declined every year for the past decade, reaching a low of 2,910 last year. State figures show a handful of Missouri hospitals also perform abortions, but those are rare.

Missouri women also seek abortions in other states. In Kansas, about 3,300 of the 7,000 abortions performed in 2018 were for Missouri residents, according to the state’s health department. Illinois does not track the home states of women seeking abortions.

When women first meet with physicians about abortion, Missouri law mandates that they are given a 22-page booklet with information about fetal development, alternatives to abortion and a statement that “abortion will terminate the life of a separate, unique, living human being.” After that initial consultation, women must wait at least 72 hours before they can receive an abortion.

Doctors at the St. Louis clinic refused to perform pelvic exams on women before medication abortions, so the facility now offers only surgical abortions.

Pelvic exams also were a sticking point in the clinic’s latest attempt to renew its license. Planned Parenthood says it performed the exams right before surgical abortions. The health department says those must occur 72 hours prior. The agency says Planned Parenthood last week agreed to change its policy.

National Abortion Federation Interim President and CEO Katherine Ragsdale said other regulations on abortion facilities “tend to be things like the size of the janitorial closet or the height of the water fountains.”

“It’s clearly just a tool to try to make abortion unavailable,” she said.