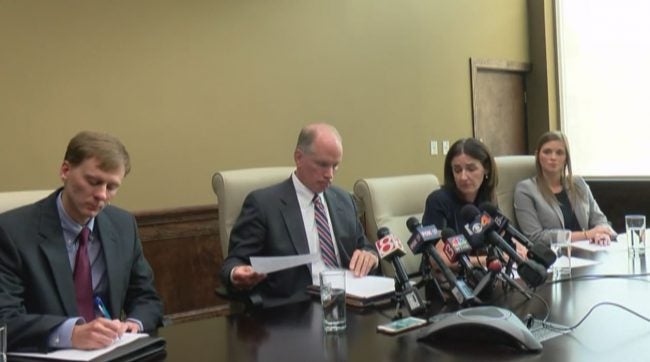 LEBANON, Ind. (AP) – An Indiana judge is set to hear arguments in a lawsuit filed by former Subway pitchman Jared Fogle’s ex-wife alleging that the company knew of Fogle’s sexual interest in children but continued promoting him as its spokesman.

Kathleen McLaughlin and Fogle divorced in 2015 after the Indiana man pleaded guilty to trading in child pornography and paying for sex with underage girls. He’s serving a 15-year sentence.

Attorneys for both sides will be in court Tuesday for a hearing on Subway’s request that McLaughlin’s lawsuit be dismissed.

McLaughlin alleges Subway received at least three reports indicating Fogle was sexually interested in children but failed to take proper action and continued promoting him as its spokesman.