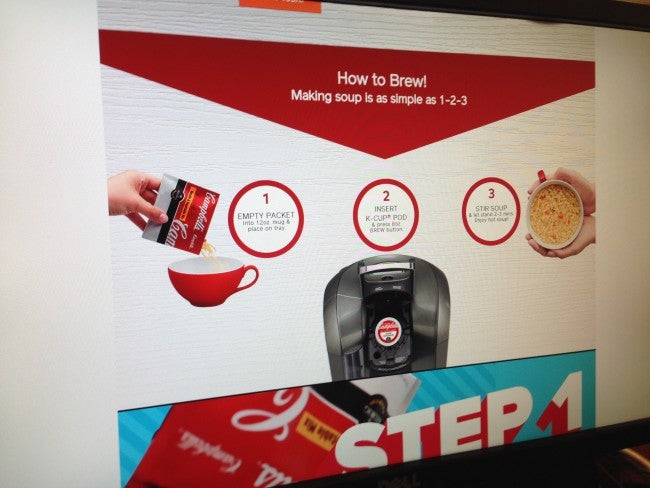 (WPRI/CNN) – How about some soup, straight from your coffeemaker?

Keurig Green Mountain is bringing its once popular K-Cups to the soup aisle. The company has teamed up with Campbell’s to create fresh-brewed soup K-Cups.

How does it work?

It’s a two-step process. You brew a K-Cup pod of broth and it drips down into a packet of noodle soup mix you place in a cup below.

According to the company, it’s a 70-calorie treat with no artificial colors or flavors.

The soup costs $11.99 for an eight-pack of cups and packets.

Campbell’s Soup is not the first company to cross-over to the Keurig machine. General Mills already produces Progresso Soup and Nature Valley Oatmeal pouches and pods that can both be brewed in a similar way.