Lawmakers, leaders across the country remember US Sen. Lugar 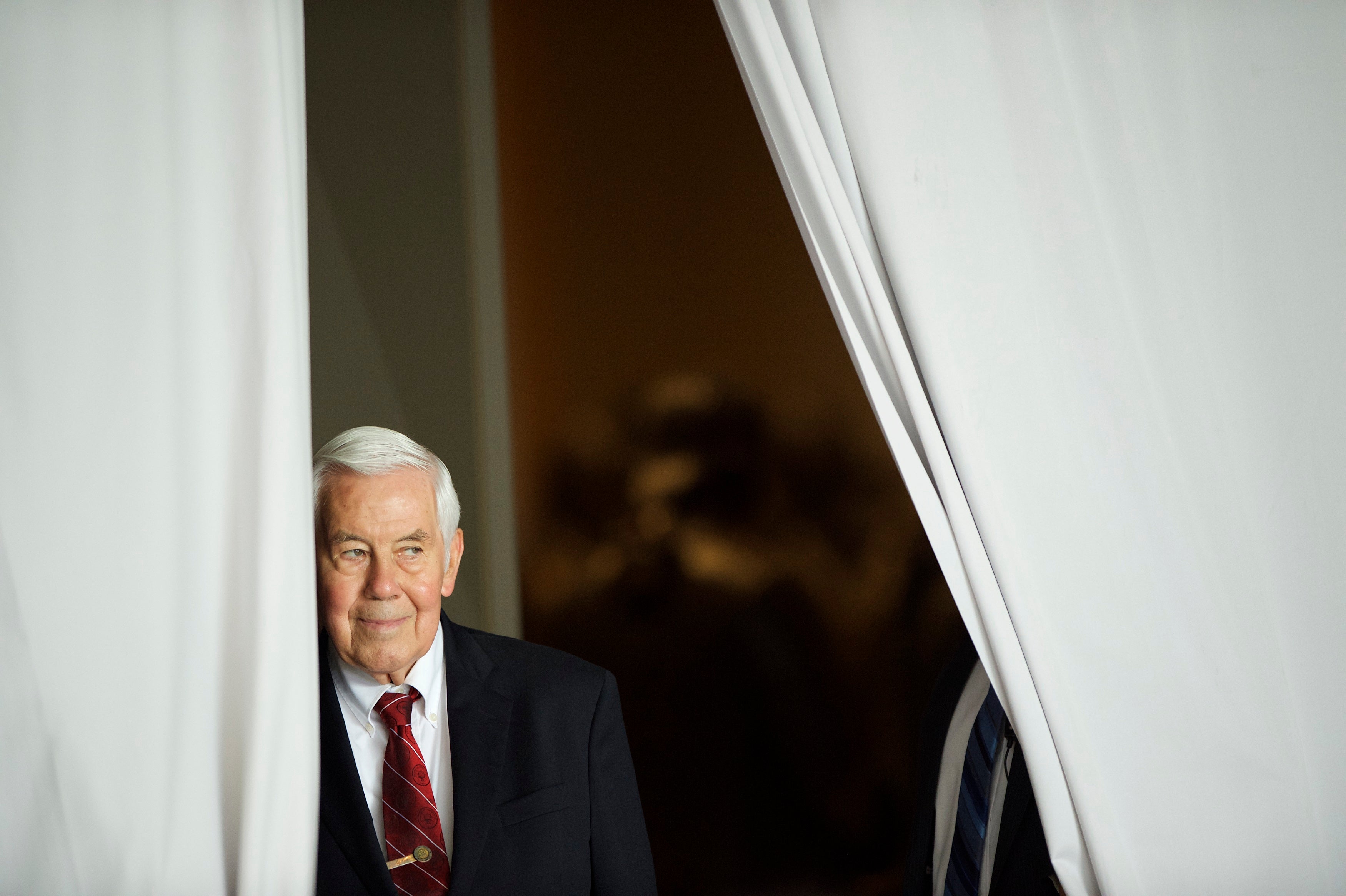 INDIANAPOLIS (WISH/AP) — Lawmakers across the country are mourning the loss of former U.S. Sen. Richard Lugar.

He launched a 35-year Capitol Hill career in 1976 when he was elected to the U.S. Senate — making him Indiana’s longest-serving senator.

Many took to social media to honor the late senator and share stories of his impact on the state of Indiana and the United States.

President Donald Trump said Monday in a statement that he and first lady Melania Trump extend their “deepest condolences to the citizens of Indiana and the entire Lugar family following the loss of a great American and public servant.”

Trump called Lugar “a proud Hoosier and patriot” and said he “leaves behind a long record of legislative accomplishments and a tremendous legacy of service.” The statement was sent along with a photo of Trump meeting with Lugar in the Oval Office last June.

You can read other statements and comments below:

For thirty-six years, Richard Lugar proved that pragmatism and decency work—not only in Washington but all over the world. Michelle and I send our warmest sympathies to his family and all those who had the privilege of knowing this American statesman. pic.twitter.com/Oy5DzPwkGb— Barack Obama (@BarackObama) April 28, 2019

Hoosiers are saddened today to learn of the passing of one of our greatest statesmen, Senator Richard Lugar. Senator Lugar’s contributions to the life of our nation are countless. My statement: pic.twitter.com/Rxp9pq89wQ— Vice President Mike Pence (@VP) April 28, 2019

Dick Lugar was among the most decent men I have ever known. Kind, loyal, dedicated beyond measure to the service of the American people. Dick Lugar was my dear friend.

Jill and I send our condolences to his wife Charlene and the entire Lugar family.— Joe Biden (@JoeBiden) April 28, 2019

He was an officer and gentleman, father and faith leader, a Mayor and Senator, a diplomat and legendary role model to millions.@FLJanetHolcomb and I are keeping Mrs. Lugar and their wonderful family in our prayers and ask all those touched by his service to join us. 3/3— Eric Holcomb (@GovHolcomb) April 28, 2019

Rest in peace, Senator Lugar. I will always remember the kindness and respect we shared in what was a gentler time. https://t.co/q0ivOHcNV6— Barbara Boxer (@BarbaraBoxer) April 28, 2019

Senator Lugar’s career is rightfully characterized by his time in the United States Senate and his outstanding leadership on matters of foreign security and international diplomacy.— Mayor Joe Hogsett (@IndyMayorJoe) April 28, 2019

As a boss, a mentor, and a person, Richard Lugar was the gold standard. At a time when nuclear proliferation was civilization’s greatest threat, Senator Lugar helped save the world.— Senator Todd Young (@SenToddYoung) April 28, 2019

Senator Richard Lugar is a towering figure in Hoosier history and one of the greatest statesmen ever to serve in the U.S. Senate.  As our longest serving Senator, he worked tirelessly with leaders across the globe to better the state and the country he loved.  Maureen and I are praying for the Lugar family in this difficult time.
— Sen. Mike Braun, a Republican from Jasper