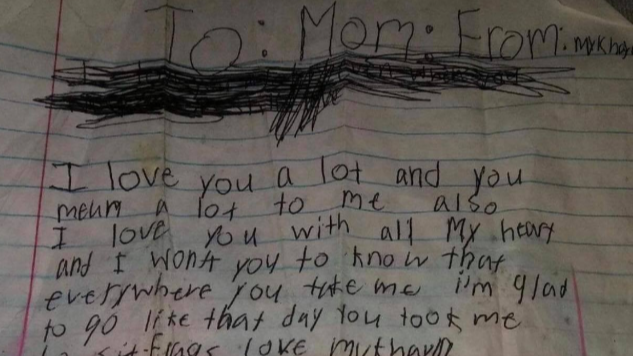 BEAUREGARD, Ala. (WIAT) — A letter from one of the four children who died in the March 3 tornado that struck Lee County has been recovered from the debris.

Mykhayla Waldon, 8, of Beauregard, died in the tornado alongside her 9-year-old cousin Jonathan Marquez Bowen. After her death, her family was desperate to find a letter she’d written to her mother, who kept it with her at all times inside her wallet. The wallet, which had been inside a black purse, was lost during the tornado.

Kerry Pickard with East Alabama Fire recognized a picture of the purse WRBL’s Elizabeth White shared and was able to retrieve it with the help of the Lee County EMA and Sheriff’s Office.

“[Mykhala’s mother] received the letter, and it meant everything to her. Our cousin Shamel drove it to her. It worked out perfectly because Shamel was going to see her mom, who is still in the hospital there too from being injured in the storm. Please thank everyone on your page that shared for us. I know many even prayed that it would be found and given to her. We appreciate this so much. Blessings to you and your family,” Mykhala’s aunt wrote White.

A GoFundMe page has been set up to help the girl’s family with funeral costs and other needs as they recover from their tragic loss. As of March 15, $9,000 has been raised.