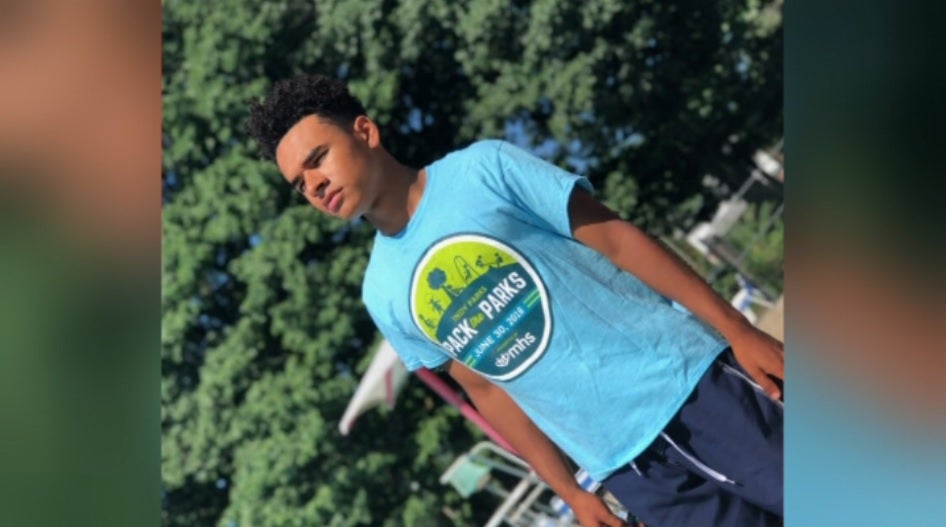 He was preparing for his first summer as a pool supervisor, he told News 8, after getting his feet wet as a first-time lifeguard in 2018.

“I wasn’t expecting it to be this in-depth,” Thomas said of the professional training, testing and certification required for city lifeguards. “We went through days of training for scenarios that you would not expect.”

The intensive preparation paid off during “Pack the Parks Day” when a 5-year-old nearly drowned in the pool, he said.

“I had to make a save on a kid right underneath my [lifeguard] chair,” Thomas recalled. “He was just struggling for air. It was surreal just realizing that I’d actually saved somebody’s life.”

Working as a lifeguard was more rewarding than he had initially expected and gave him a new perspective on responsibility, he added.

He returned in 2019 for his second summer with Indy Parks, and encouraged other Indianapolis teens and young adults to apply for open positions.

Indy Parks is hiring more than 400 lifeguards, pool managers, cashiers, camp counselors and other seasonal workers; 300 positions are at pools and aquatic centers.

“It’s lots of fun to see many of the young people returning year after year,” she told News 8. “A lot of kids come to lifeguarding not really sure of what they’re getting into. There’s more to it than many of them realize… [After we train them,] they are rescue-ready. They are first responders.”

Required lifeguard testing includes swimming 200 years, retrieving a 10-pound brick from depths of 12 feet and treading water with no hands for one minute. Candidates who apply for lifeguard positions may use city pools for free to practice for the test.

Indy Parks offers one of the most affordable lifeguard certification programs in Indiana. The city charges $35, while “at most other places, you’re looking at $150 [and] anywhere up to $300 to get lifeguarding certification,” Stoneking said.

Starting hourly pay for summer Indy Parks positions ranges from $8 to $15. Applicants must be 16 or older. All candidates must apply online.

Many former lifeguards still work for the city in life-saving roles, Stoneking said.