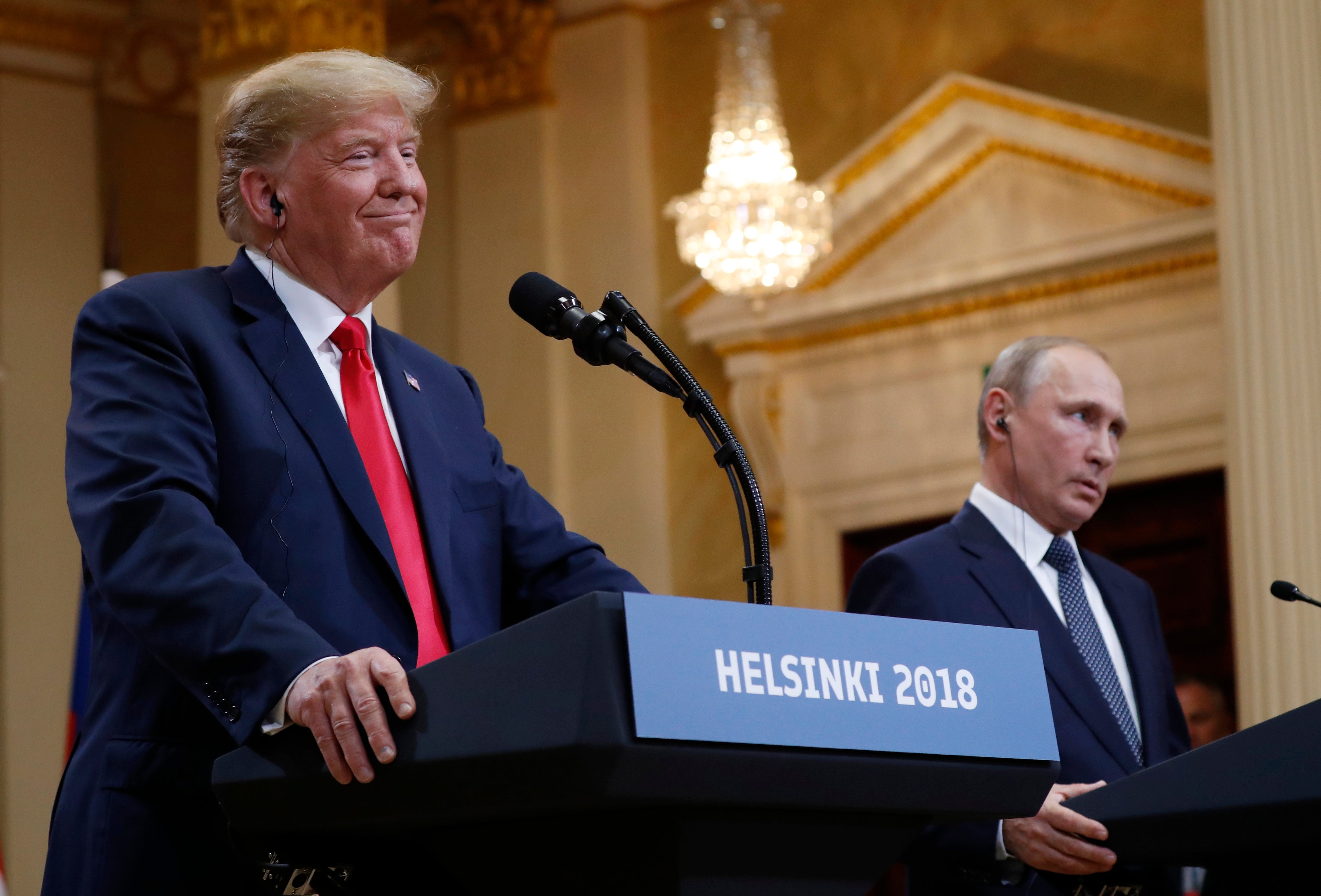 INDIANAPOLIS (WISH) — Many Indiana leaders are speaking out after President Donald Trump met with Russian President Vladimir Putin on Monday.

“The role of the Intelligence Community is to provide the best information and fact-based assessments possible for the President and policymakers. We have been clear in our assessments of Russian meddling in the 2016 election and their ongoing, pervasive efforts to undermine or democracy and we will continue to provide unvarnished and objective intelligence in support of our national security.”

Pete Buttigieg, one of Indiana’s most well-known mayors, took to Twitter calling for President Trump to resign.

Today, friends of mine are risking their lives to serve the US Intelligence Community, as I once did. For the US president to say they are no more credible than the hostile foreign dictator standing next to him is a national security disaster. He must resign.— Pete Buttigieg (@PeteButtigieg) July 16, 2018

“The President should continue with his peace through strength strategy with Russia. Moving forward we need to have a serious conversation about Russia’s role in the world and the actions it has taken. There is no evidence of a conspiracy between Trump’s campaign and the Russian government and it’s time to focus on the facts. To do so I have introduced the Mueller Resolution which calls for the special counsel to provide evidence of collusion or to end the investigation.”
-Rep. Todd Rokita

Rokita’s message is different than that of most Democrat and Republican lawmakers who have released statements following the meeting.

“Even after a year of troubling statements and foreign policy unpredictability, today’s summit was shocking. Never before have we seen a president so dramatically set aside a vital American interest to appease the expectations of a foreign adversary.

As a Member of the House Intelligence Committee, I have the privilege of working with men and women who have devoted their entire lives to protecting our country. These professionals, whose credentials and expertise are indisputable, are united in their assessment that Russia meddled in our election. This is reinforced by bipartisan findings of investigations of the House and Senate Intelligence Committees. Setting these assertions aside on the word of the very person responsible, a former KGB officer with a reputation for deceiving the United States, defies logic.

President Trump said that he does not see a reason why Russia would have meddled in the election. I believe this question should be turned back on the President. What reason could the President of the United States have to stand up for Russia, at the expense of the democracy he swore to protect?

This is not a one-time misstatement. This is the culmination of years of praise and admiration for the Russian dictator. It’s time for all Members of Congress, Democrats and Republicans, to condemn the President’s illogical affinity for Russia and stand on the side of evidence. Russia is not our ally and it is responsible for attacking our democracy.”

I have extreme confidence in our intelligence agencies and the leadership of fellow Hoosier and Director of National Intelligence Dan Coats. It is absolutely critical that we protect our democracy and the citizens of the United States in the face of Russian aggression. pic.twitter.com/hk3QUTbSAk— Larry Bucshon, MD (@RepLarryBucshon) July 16, 2018

“It is vital to guarantee the integrity of our nation’s elections in order to safeguard our democratic institutions. I believe Russia, under Vladimir Putin’s leadership, sought to sow confusion and undermine Americans’ faith in our government and electoral process with the further goal of tearing our country apart. I am confident our intelligence community, in large part led by fellow Hoosier Director of National Intelligence Dan Coats, has provided and will continue to provide reliable and trustworthy assessments on the threats facing our nation, and believe their credible claims of Russia’s involvement in our 2016 presidential election. Russia’s repeated aggressions demonstrate they do not consider the United States worthy of respect. It is important we set the record straight and hold Russia accountable for their manipulative actions meddling in our elections.”

I want President Trump’s diplomatic efforts to be successful, but I’ll take the word of a Hoosier over Vladimir Putin any day. We must take seriously the warnings of Director Coats and the American intelligence community. Russia is not our friend.— Jim Banks (@RepJimBanks) July 16, 2018