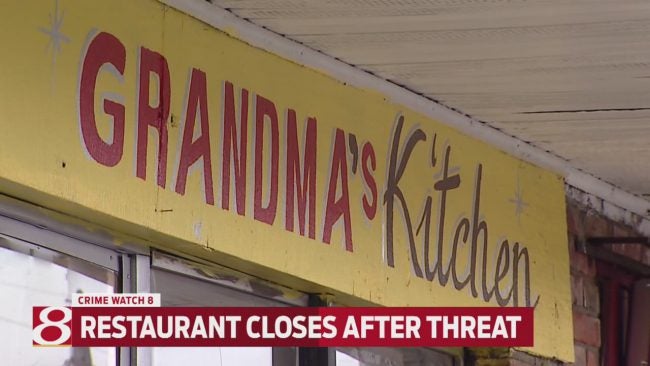 The soul food restaurant is located near 34th Street and Keystone Avenue.  It is in the heart of where a series of violent shootings happened over the summer, some even deadly.

Jacqueline Pepperhatton owns the restaurant. She attached a clothing store for the needy on the other side of the building.

During her time in the community she has been vocal about criminal activity in her neighborhood; however, everyone isn’t happy about her being so vocal.

She has received a number of threats. Despite the intimidation she refused to back down. She called 911, she’s filed police reports, and she has kept her own record of the violent encounters.

On Wednesday, she called 24-Hour-News 8 to tell us she has had enough. She is moving her business away from 34th Street and Keystone Avenue.

Her plan is to find another location where she feels safe. She has no plans to reopen her restaurant, but she does plan on reopening her clothing store so she can continue to help families in need.

IMPD is aware of the threats, and on Wednesday afternoon two IMPD officers stood in front of Grandma’s Kitchen to see if she was okay, but she wasn’t there.

She had gone home for the afternoon.