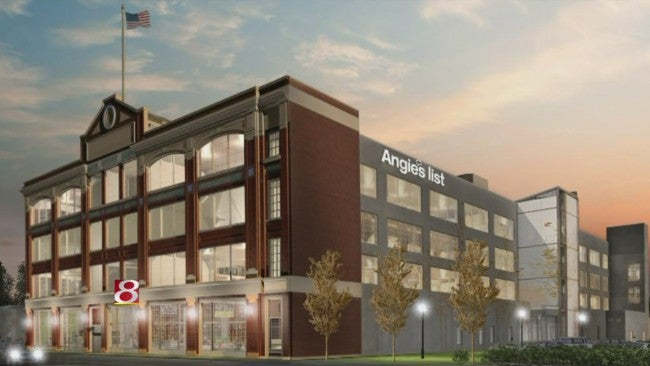 INDIANAPOLIS (WISH) — An $18.5 million investment is one step closer to approval for an area a few blocks east of downtown Indianapolis.

On Monday night, a committee of the City-County Council approved the use of tax dollars for an expansion at Angie’s List. The proposal has been through that cycle once before and has been revised since a committee vote in February.

Councillor Zach Adamson, sponsor of the proposal, told the committee about “some clarifying changes” to the agreement with the company.

He wants to see Angie’s List expand because he said the project “will be transformative for the near east side and will bring Indianapolis more economic investment as well as more jobs.”

The proposal would provide up to $18.5 million in tax dollars through tax increment revenue bonds. The money would enable Angie’s List to buy and renovate an old Ford Manufacturing site on East Washington Street, build a 500 space parking garage and make other improvements in the area.

“Not a lot of entities lining up to make a huge investment in the near east side,” said Councillor John Barth. He said he remained supportive because “we want to keep this kind of business in the city.”

Councillor Vop Osili said he wants certain assurances before the full council votes on the concept. He said some constituents have come to him with “enough questions in the event of an insolvency that I’d like to get that addressed in some manner.”

Mark Howell, Chief Operating Officer at Angie’s List, called that a remote risk. He said the company is 20 years old, not a start-up and “probably never had a stronger balance sheet.”

Councillor Jeff Miller defended the company against such criticism. He said “we’re not ‘bailing out’ Angie’s List, but if we didn’t do this, Angie’s List would, potentially, relocate. They need this parking to centralize all their employees. If they don’t have it, they’re not going under. They’re not making any money from this. We’re not helping their bottom line. We’re allowing them to not only stay but to grow at this location.”

Howell said his company has tried to be responsive as possible regarding the various issues associated with the project.

The expansion plan now goes to the full council for consideration.