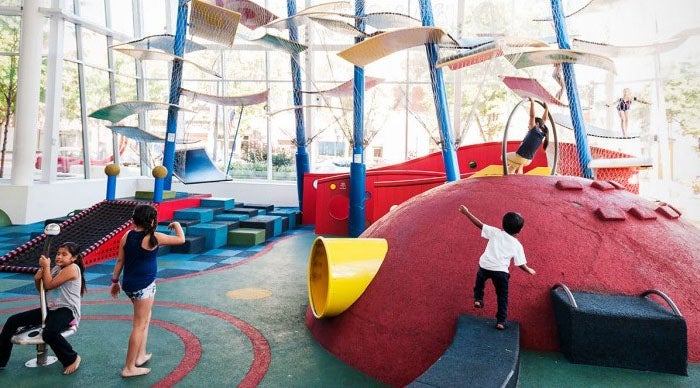 If the campaign reaches its goal, the James A. Henderson Playground project will receive a matching grant of $50,000 from the Indiana Housing & Community Development Authority.

Officials say the surface of the floor and structures in the playground are chipping and pealing, and need to be repaired and resurfaced. Also, the toddler area has broken equipment. Lighting also would be added so the playground can be used in the evening.

Red barrier walls that cause visibility issues for parents also would be removed.

The James A. Henderson Playground at The Commons, 300 Washington St., opened in 2011 and attracts over 100,000 people a year. The 5,000-square-foot playground named in honor of a former chief executive officer of Cummins Engine.