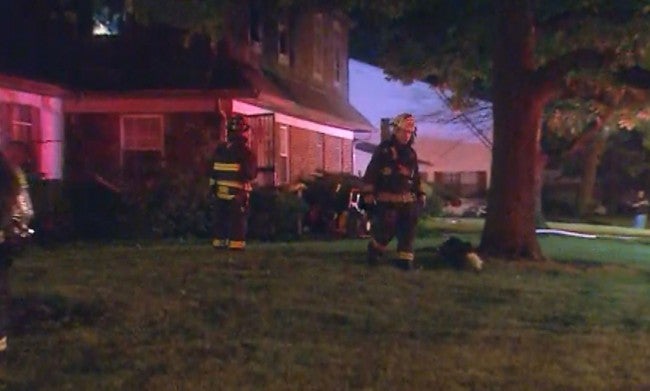 INDIANAPOLIS (WISH) – One woman died in a fire on the northwest side of Indianapolis Tuesday morning, officials with the Pike Township Fire Department said.

Neighbor Angela Nealy said, “She was a retired nurse. A really nice lady. Really petite.” Nealy added, “I would trim her hedges when they needed it. And just knock on her door and check on her and that kind of thing just to see if she was okay. Just to see if she needed anything.”

The fire happened at a condo in the 4800 block of London Drive shortly after 5 a.m. This is near West 52nd Street and Georgetown Road.

Fire officials say the fire was isolated to the second floor in one of the condos.

Indianapolis Metropolitan Police Department first arrived on the scene and were able to get everyone else out of the four-unit condo building.

Officers were not able to reach Mitchell, who was on the second floor.

Pike Township Fire Department Division Chief Troy Clements said fire fighters gained control of the fire within ten minutes, but she was already deceased. Firefighters said Mitchell had burns to over 90 percent of her body.

Nealy said, “I was very upset, extremely upset, because we’ve been concerned about her for a long, long, long, long time, as we do for all of the older residents who are here in our community.”

A second woman, whom firefighters said is Mitchell’s niece, was also inside the home at the time of the fire. Firefighters said the niece, who has not been identified, was able to safely get out of the house. She was treated for minor smoke inhalation, but firefighters said it was not necessary for her to be taken to the hospital.

The cause of the fire is still under investigation. Firefighters said there were no working smoke detectors inside the home.